The issue of gender-based violence was put in the spotlight at the MTC Nestor Sunshine Boxing and Fitness Academy.

Boxing is one of the most popular sports in Namibia. It is perceived as violent, but on the contrary, it teaches discipline and self-control.

Namibian statistics suggest that gender-based violence is spiralling out of control in Namibia, with ,according to Sister Namibia up to one third of Namibian men believing that wife beating is justifiable (Source: sisternamibia.com).

On October 21, 2017, Namibia’s boxing community, together with LifeLine/ChildLine, took a stand against gender-based violence by putting two fake fighters in the ring – a man and a woman – and then publicly announcing their stance of Boxers Against Violence.

Publicity was drummed up weeks before fight night, with the male and female actors appearing as opponents in boxing posters advertising the event. The man was large, and dressed in a vest, whilst the woman was small, and clothed in a flimsy dress to highlight her vulnerability. Social Media was abuzz with speculation and outrage.

On fight night, the ring announcer called up the fake fighters and read a statement denouncing the brutal and cowardly act of gender-based violence. He directed people who were victims of violence, or who knew of victims, to call the LifeLine/ChildLine Namibia toll-free 106 GBV HelpLine.

Boxing events in Namibia are well attended and are also aired on national television. This gave the Boxers Against Violence message a large enough platform to be disseminated amongst the general public. Information cards were also handed out to attendees which provided further details and contact information. 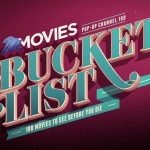 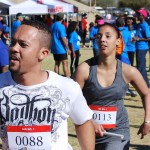 Start today and save what you can

This coming Wednesday is World Savings Day, which is aimed at increasing public awareness on the importance of saving – both for modern economies and […]

Namibia faces significant challenges from bush encroached land with estimates of 45 million hectares affected by this national phenomenon. Turning this challenge into an opportunity […]

Capricorn Group supported one of its employees’ personal volunteer initiatives which were selected as the winning entry following the launch of an internal #Changemaker competition. […]

Bank Windhoek and Feedmaster have teamed up to offer a nationwide Youth Cattle Judging Course and Competition. This is the first time the competition is […]