Count Down 100 Movies to See in your Lifetime

What is your absolute favourite film of all time? The one that opened your eyes, tugged at your heartstring and made your soul leap with joy you were born in the golden age of cinema? Is there a stack of fantastic features your like-minded friends and family have been raving about, which you’re sad to admit you haven’t seen YET? You now have the opportunity to tick off all the films you still need to watch – or enjoy again – before it’s time to kick the bucket!

MultiChoice and M-Net have created yet another exciting movies pop-up channel as a special treat to DStv Premium customers. Between Thursday 30 October and 2 December the M-Net Movies Bucket List pop-up channel will count down 100 popular and iconic Hollywood movies to see before you die.

This selection of fine films and all-time favourites will be showcased on DStv’s channel 109 with the first of the 100 movies scheduled for just after 18:00 on Thursday 30 October. Thereafter, the countdown will continue all the way to the number 1 main attraction on Saturday 2 December at 20:30 CAT. Depending on the duration and age-restrictions of these films, the daily countdown will kick off on weekdays at approximately 18:00 and on weekends just before or after 16:00 CAT.
To get a nod for the coveted M-Net Movies Bucket List, compiled by an expert team of film fanatics, a movie had to be entrenched in popular culture, define an era, shift mediums, uproot the status quo, delight a variety of audiences, impress critics worldwide and be able to reignite your love for movies.

“Our themed pop-up channels such as the Star Wars,Harry Potter, Fast & Furious and James Bond channels have been huge hits and we promised to continue curating unique experiences for our M-Net Movies audiences,” saysMultiChoice Namibia General Manager, Roger Gertze “With the M-Net Movie Bucket List we’re taking the pop-up concept to the next level. Never before have viewers been able to see so many magnificent game-changing movies in one place over such a short time.”

While M-Net Movies will share the titles from #100 to #11 on its programming schedules, the Top 10 films on the list will be a top secret.This means that the final films on the M-Net Movies Bucket List will only be revealed to DStv customers on the day of the screening, so you will have to be sure to tune in to channel 109 on the day it airs.

“Keeping hush about these titles just adds to the excitement of this once-in-a-lifetime movie compilation. We all have our own bucket lists based on our own taste and we believe it will be great fun for movie fans to compare notes and see whether their favourites have made it onto the pop-up channel.”

The Bucket List Bonus features will comprise additional classics which can’t be ignored but which will appeal to niche audiences. Among these titles are vintage silver screen darlings that were goundbreaking at their time, like Mary Poppins, Casablanca and Breakfast at Tiffany’s.

The M-Net Movies Bucket List schedule (prior to the Top 10) will be published at www.mnet.tv you can also consult the EPG (Electronic Programming Guide) or catch up on the films you’ve missed on Dstv Catch Up Plus.

If the day’s countdown doesn’t start at exactly 18:00 or 16:00 CAT M-Net will communicate start times on social media https://www.facebook.com/MNet

So which of your films will be on the M-Net Movies Bucket List? Start guessing and sharing your thoughts. Join us on @MNet on Twitter #MMBucketListand
Facebook https://www.facebook.com/MNet/ 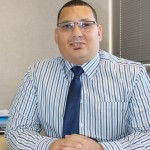 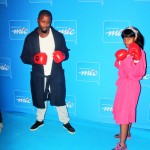 Sanlam today announced the winners of its entrepreneurial support programme the Sanlam Bridge. The programme which was launched earlier this year to replace the Sanlam […]

Nedbank Namibia recently welcomed 14 of its staff members into its Management Development Programme (MDP). The candidates, who are all on supervisory or management level, […]

The second edition of the Raphael Tuhafeni Hamunyela 10-kilometre (km) walk takes place in Windhoek on 02 March. The annual event is hosted by the […]