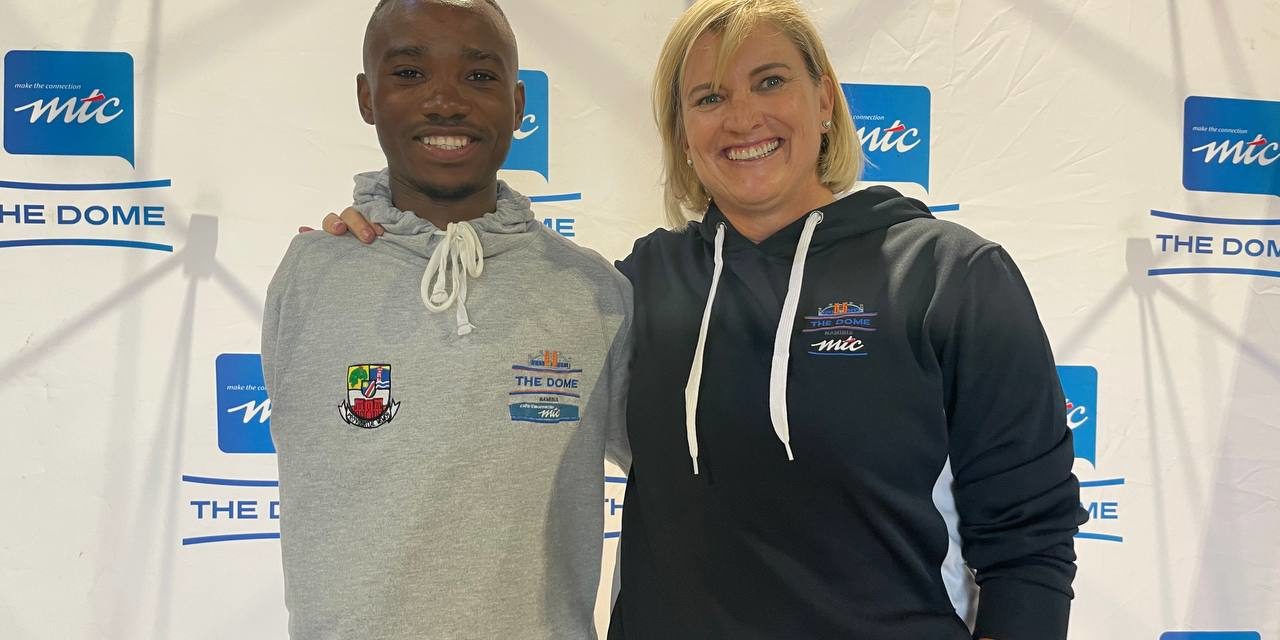 Para-athlete Bradley Murere is among the few Namibian Para-athletes selected to participate in the Commonwealth Games scheduled to take place in Birmingham, England from 28 July-08 August 2022.
This was announced by MTC Dome in Swakopmund on Friday, where Murere trains as an elite athlete, after confirmation from the Namibia National Paralympic Committee.
Murere, 19, who ranks in the top 10 for the 100 metre and long jump as a para-athlete in the T46 category, will represent Namibia in the 100-metre discipline.
He is also the winner of the Disability Sportsman Namibia 2021 Award. He intends to better his personal best time of 11:07, which he clocked at the Stellenbosch T46 Paralympic Games in February this year.
“I am very excited that I made the Commonwealth team, seeing as I missed out on the Olympic Games last year. I am very grateful to MTC Dome and the Swakopmund Municipality who sponsored me not just financially but psychologically too.
My coach and I have put in so much work from last year and my goal is to be better than I was before each time I compete,” Murere expressed.
Murere’s coach and sports director at MTC Dome, Ulla Finkeldey noted that the athletics development training programme offered at MTC Dome has paid off for Murere and other athletes in one way or another.
“Specialised training equipment and the support from partners such as the Swakopmund Municipality all contributed towards the development of talent. Murere surely has shown that his disability has given him the ability to show the world that you can achieve whatever you set your mind to,” Finkelday noted.
Swakopmund Municipality Chief Executive Officer Archie Benjamin stated that the council is committed to assisting as many other athletes as possible to showcase their athletic talents and will continue to support MTC Dome’s course in unearthing and producing more world-class athletes.