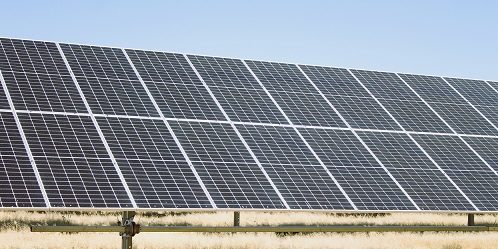 The country’s power utility, NamPower on Friday inaugurated its first fully owned and operated Solar Photovoltaic (PV) Power Station worth close to N.dollar 400 million at Omaruru in the Erongo Region.
The renewable energy plant named the Omburu PV Power Station has been operational since March 2022 and produces 20 Mega Watts (MW) while providing solar energy to 18 000 average housing units on a 24-hour basis throughout the year.
Speaking at the inaugural event, Deputy Minister of Mines and Energy Kornelia Shilunga said the project is testimony to the strides being made by Namibia in transitioning to the use of renewable sources for energy supply.
“The recently ended ‘Namibia International Energy Conference’, which brought together experts in the energy industry; dignitaries and senior officials from Government and State-Owned Enterprises; Producers and Investors in the energy sector from different parts of the world reconfirmed the need for Africa to intensify its efforts in the development of new energy generation projects, to better cater for its people,” she said.
She added that Namibia is targeting 70 per cent of its energy from renewable energy sources by 2030.
Namibia, she further said, is blessed with renewable energy sources, which largely remain untapped which translates to a lot of opportunities for the expansion and production of renewable energy sources for Namibians.
“Namibia as a country has resolved to explore the possibility of green hydrogen, a product that offers a unique opportunity not only to increase the development of renewable energy on the continent but also to offer several new market opportunities. As a result, Namibia now forms part of the ‘Green Hydrogen Compact Catalogue’ as part of its efforts to show its commitment to the green hydrogen space,” Shilunga added.
NamPower’s Managing Director Kahenge Simson Haulofu said the Omburu 20 MW PV Power Station will ensure a secure supply of a least-cost electricity supply mix through diversifying the local energy mix and increasing local generation capacity via the implementation of strategic generation projects.
“NamPower is also busy with a 40 MW Wind Power Project which is currently in the bidding phase, a 40 MW Biomass Power Project which is also currently in the bidding and a 50 MW Firm Power Project which is currently in the construction phase and the construction is expected to be completed next year in December 2023,” he announced.