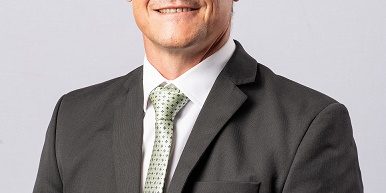 Old Mutual Namibia (OMN) on Tuesday announced that it will now accept valid business interruption claims under the respective policy conditions, based on its own legal interpretation.
This comes two years after the State of Emergency was declared when the COVID-19 pandemic caused a wave of severe financial losses for Namibian businesses.
These losses, according to OMN, had a significant impact on its short-term Insurance customers, who had to navigate difficult times in order to keep their employees’ livelihoods.
In a press release, OMN Managing Director Riaan Vermeulen stated that during these difficult and unusual times, OMN has deep sympathy for business owners who are concerned about how they will sustain their operations.
Initially, it was unclear whether the insurance industry would consider the losses under the applicable Infectious and Contagious Disease clauses, which resulted in several legal battles and court judgments, according to him.
As a result, OMN decided to accept business interruption claims that it considered valid under the respective policy conditions based on its own legal interpretation.
‘We have been working closely with our key brokers to obtain the relevant information from our mutual clients who benefited from the relevant business interruption coverage. Business interruption claims typically take a long time to resolve due to the complexities involved in determining the validity and quantum. However, our specialised claims team has been dedicated to doing whatever it takes to resolve these claims as quickly as possible,’ he said.
Vermeulen stated that OMN has paid out significant sums in interim and final settlements on valid business interruption claims as a result of a thorough assessment performed by highly skilled technical assessors on each of the claims received.
OMN is currently in the process of concluding and settling the remaining claims based on the expiration of the respective Indemnification Periods.
‘We continue to be sympathetic to the ongoing challenges and difficulties that our customers are experiencing as a result of COVID-19-related restrictions and the impact thereof,’ he said.
He went on to say that, as a responsible business, OMN’s priority throughout the COVID-19 crisis has been to ensure that it considers and pays valid claims and that the world is still facing the daunting challenge of overcoming the COVID-19 crisis and its unprecedented challenges.