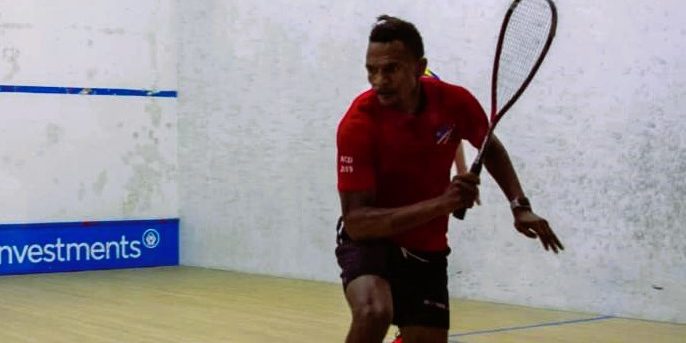 The BDO Namibian Open Squash Championship will this year take place from 15 to 17 September at the Wanderers Squash Club in Windhoek, the Namibia Squash Association (NSA) has announced.
According to NSA President, Rudi Koekemoer, in a media statement here Monday, this will be the first Namibian Squash Open Tournament since 2017. The 2017 tournament was won by South Africans Kelvin Ndlovu and Milnay Louw for the men’s and women’s titles respectively.
“This much-awaited tournament promises to deliver top-class match-ups with a strong contingent of South African players that have already indicated to travel to Namibia to challenge our best players for the coveted titles. The African Squash Federation is also promoting the tournament on its social media platforms and hence entries are also anticipated from other African countries,” he said.
Koekemoer noted that countries that are expected to send participants to the tournament include South Africa, Zambia and Zimbabwe where there will be a 32 Men’s A-division, 32 Men’s- B-division, and 16 Ladies A-division and 16 Ladies B-division draw.
A total of 100 squash players are expected to converge at the Wanderers Squash Club for the competition, expected to be an action-packed event.
“Registration for the tournament is already open and we expect the who-is-who of Namibian squash players to enter this year’s competition.
Namibia’s top-ranked male player, Max Endjala, said he has already started preparations for the tournament and was looking forward to challenging South Africans.
‘I played in South Africa two months ago and most of the guys over there indicated that they will be coming for the open. As the country’s number one ranked player, I will definitely participate. I have already registered for this tournament,’ Endjala said.
Top-ranked female player, Judy Savage, however will not be able to participate in this tournament due to personal reasons.