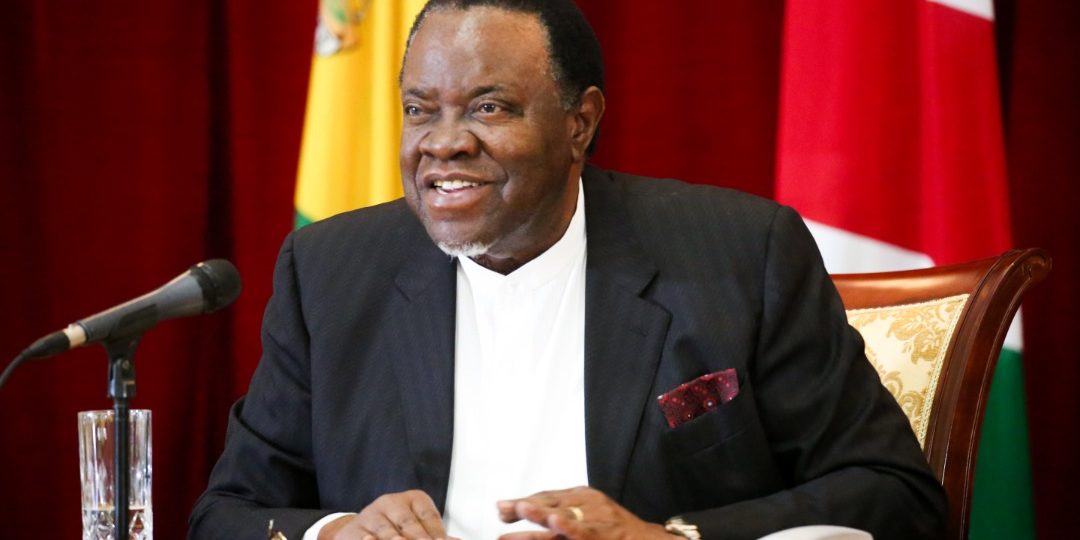 President Hage Geingob said the recognition award from African Vibes Magazine is a Namibian victory resulting from teamwork and dedication by all Namibians through the systems, processes and institutions that are in place.
Geingob has been rated as the third best performing President of Namibia’s processes, systems and instruments, by African Vibes, an online magazine based in America, which defines, reflects and celebrates contemporary Africa and Africans.
Geingob’s recognition along with President Mokgweetsi Masis of Botswana in second place and Mauritius President, Prithvirajsing Roopun in first position, was determined using key indicators such as the United Nations Human Development Index, Transparency International Corruption Perception Index, and the Ibrahim Index of African Governance, amongst others.
In an interview with Nampa here on Friday, the Namibian leader said: “The country’s key performance indicators that were used is a result of teamwork and dedication by all Namibians through systems, processes and institutions in place. If some people are seeing what we are doing, we say thank you. But it is not a one-person show, they recognise the process, systems and institutions and in Namibia, I believe in teamwork, however, being the captain I take the credit but I did not score it alone.”
The president further emphasised that Namibia is a highly respected country internationally, especially now with the much anticipated green hydrogen project that has the potential to position the country to become Africa’s first green hydrogen export hub.
“The invitations that are coming because of green hydrogen is how highly Namibia is regarded and placed internationally, a great space for Namibia. We went through a very bad time but definitely with the new development we are going to leave this country in a very good place, especially for young people,” he said.
Geingob went on to say Namibia strived and successfully educated young people, and with the green hydrogen project and the discovery of oil more opportunities and job creation will arise to curb the cry of youth unemployment.
In their rating per the key indicators, Namibia remains one of the four African nations with a CPI of at least 51 points in 2021 and the 58th least corrupt country out of 180 countries, while the country’s Gross Domestic Product is at three per cent.
Equally, Namibia is placed sixth in the Ibrahim Index for African Governance and it has become the 46th most secure nation worldwide, with a road network that remains the best in southern Africa and the top five in Africa.
The magazine tries to paint a hopeful and positive picture of a continent that suffers from negativity and strife. It equally helps Africans in the diaspora to get the information they need to participate in Africa’s growth and development.