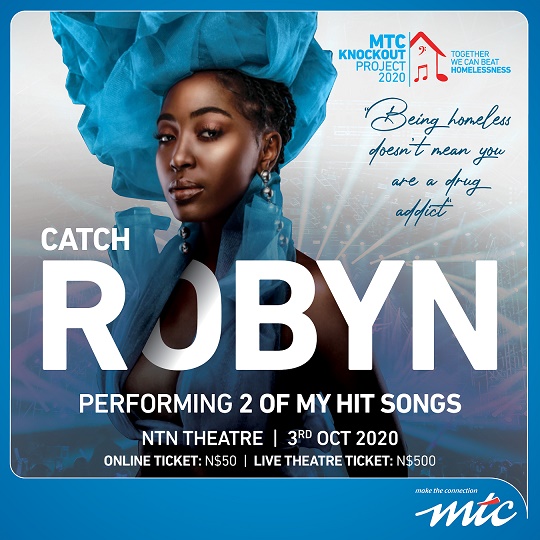 Mobile Telecommunications Limited (MTC) has revealed the names of eight more artists and personalities who will participate in the second edition of the MTC Knockout Project launched last week.
The MTC Knockout Project against Homelessness has challenged 30 Namibian personalities to get on stage at a live music concert and perform two hit songs.
A statement issued on Wednesday by MTC Communications Officer, Fikameni Mathias, said the project will raise funds for the homeless and encourage constructive debate on the issues through raising awareness.
At the launch, the names of five artists and personalities were revealed.
Eight new pairings have now been announced and these are Latoya Mwoombola aka Lioness who is paired with Robyn Naakambo; Sunny Boy and Luis Munana; One Blood, Magreth Mengo and Kazemmbire; Vikta Juice Boy and Isack Hamata; T Bozz and Staika and Collin Benjamin and Harold Akwenye; Kalux and Ricardo Mannetti; Top Cheri and Mavis Braga and Sally Boss Madam and Che Ulenga.
With this year’s edition themed ‘Together we can beat homelessness’, MTC wants to raise at least N.dollars 1 million and companies or individuals can participate by pledging N.dollars 50 000 to endorse the participation of the personalities.
A music concert is scheduled for 03 October 2020 at the National Theatre of Namibia.
Members of the public can watch the show live online at a cost of N.dollars 50 or at the theatre for N.dollars 500.
MTC will reveal more artist and personality pairings on 21 and 28 July respectively.