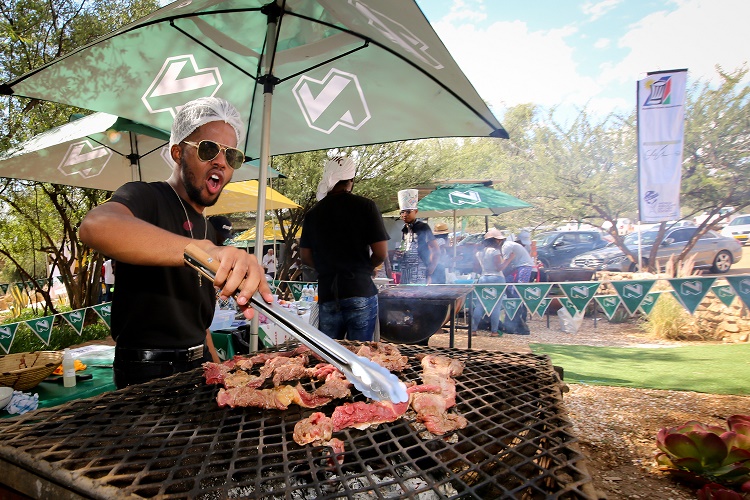 For the fifth year in a row, Nedbank Namibia will host the “Kapana Cook off” in search of Namibia’s best Kapana varieties.  To mark the launch of this celebrated competition, Nedbank together with its partners, Namib Mills, Meatco and Pick ‘n Pay, hosted 15 media teams on Friday, 10 May 2018 at the Kraal in Windhoek.

The Touch FM team was crowned as the overall winner with Base FM awarded as the best dressed team.

“We could not think of a better way to kick off our national cook-off competition than hosting a teaser event for the local media fraternity,” said Gernot de Klerk, Head of Marketing and Communication at Nedbank. “Our media colleagues arrived with their game faces on, eager to demonstrate that their Kapana cooking skills are strong.”

The judging was done by the Namibia Chefs Association (NCA) who placed emphasis on: hygiene, presentation and taste. Local journalists were challenged to put their best foot forward, in the hope of scooping up the Media Kapana Champion title.

The Nedbank Kapana Cook Off competition will host rounds in the Oshakati, Gobabis, Walvis Bay and Windhoek during the months of June and July, with the final being held in Ongwediva in August.

Entry forms for the official national cook-off competition is now available in all Nedbank branches. “If you think you have what it takes to become the next Nedbank Kapana Cook-off Champion, complete and return your entry forms to your Nedbank branch,” encourages De Klerk. “The national winner will be awarded with an opportunity to formalise their trade with a fully-fledged Kapana container shop as well as a Nedbank bank account with a N$15,000-cash balance.

The first cook-off competition will kick off in Oshakati on 15 June 2019.