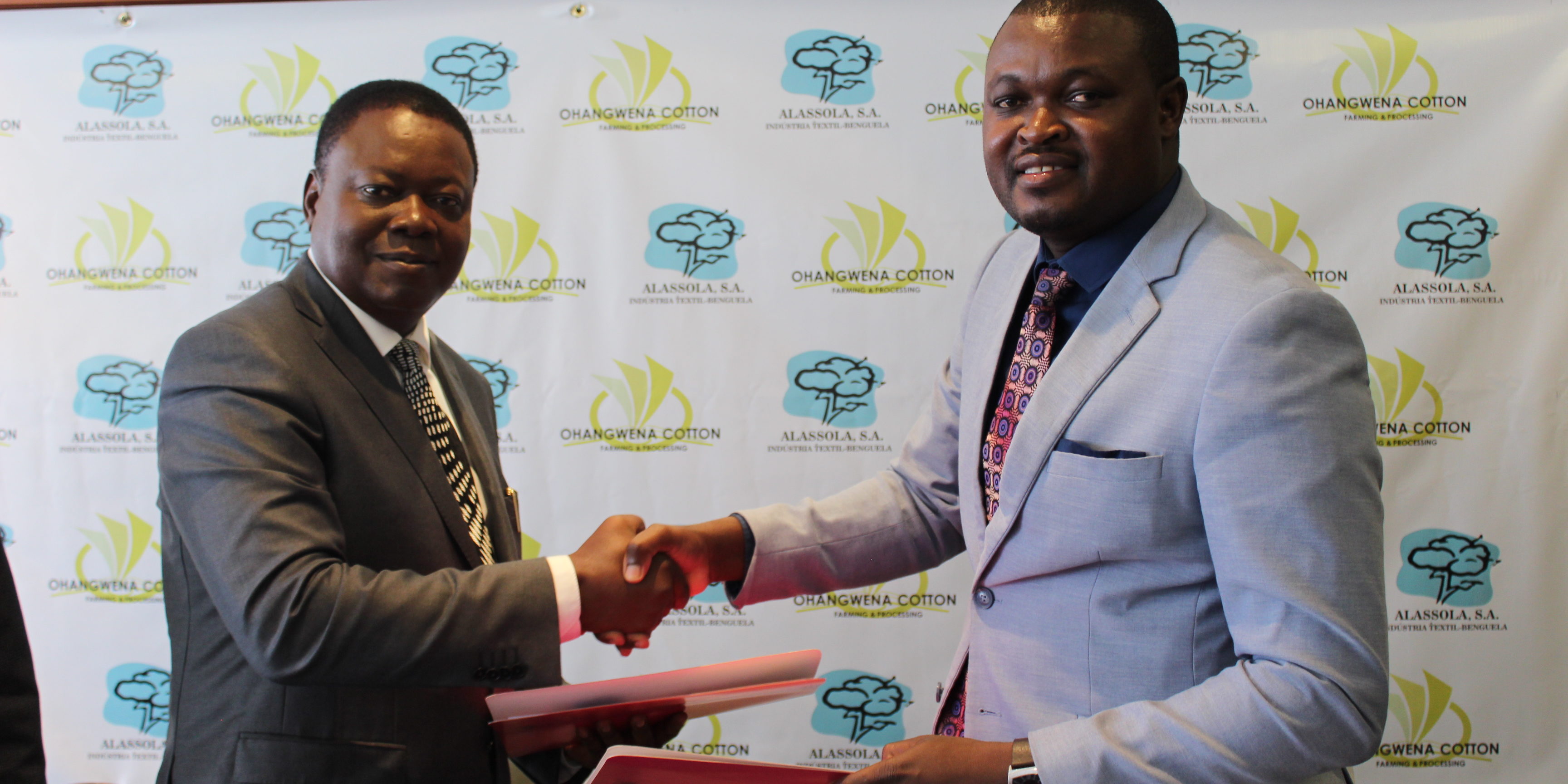 The Ohangwena Vocational and Innovation Institute (OVII) here on Wednesday entered into a joint agreement with an Angolan textile company, Alassola, to develop a cotton project in Ohangwena.

The main purpose of the planned project is to grow cotton, clean the cotton and process it and make fabric and all other related products, the two parties said.It is estimated to cost about N.dollars 238 million to set up and aims to employ about 1 650 people in Namibia.

The contract states that OVII must supply a minimum of 45 000 metric tonnes per year of ginned cotton until 2033, which is said to translate to a minimum of N.dollars 1.2 billion in revenue per annum.

OVII’s founding director Dasius Nelumbu, who signed on behalf of that company said through this project, the two entities are supporting Government with employment creation and providing a good livelihood to employees.

“We know that our government through various developmental plans calls for value addition, employment creation and to utilise our nation, we are happy to say that we are doing just that, however small,” he added.

He said the technical and vocational education and training (TVET) sector will have a role to play in providing relevant and sufficient skills in response to the skills needed in executing the cotton farming and ginning process, among others.

Signing on behalf of Alassola, its chief executive officer Tambwe Mukaz said they were delighted when they received the invitation for this business opportunity and did not hesitate to meet up for negotiations to start.

“Negotiations started last year between October/November and we were able to see an interest from Namibia’s side. We were also able to understand each other seeing as there would be profit on both sides,” he announced.

Mukaz said it is not yet established where exactly the factory will be set up, and suggested that it should be between Eenhana and Okongo village.