Bank Windhoek recently announced its sponsorship of the Namibian Hockey Union (NHU) last for the fourth consecutive year. The announcement comes as a record number of teams entered for this year’s packed indoor hockey season. The Bank Windhoek Indoor League will start on the weekend of 9 and 10 February 2019 at the DTS Indoor Hall.

“For the first time we have established the Bank Windhoek Reserve Premier League for Men and Women which is the second strongest tier league in indoor hockey in Namibia, and is especially created for those clubs who want to earn promotion in the future to play in the Bank Windhoek Premier League. All clubs from Windhoek, Walvis Bay, and Swakopmund have entered 62 teams, up from 54 teams last year, who  will compete in five different leagues. There will be approximately 600 players involved in indoor hockey over the next three months,” said the President of the NHU, Marc Nel.

Speaking at the announcement of Bank Windhoek’s recommitment to the sports code, Jacquiline Pack, its Executive Officer for Marketing and Corporate Communication Services said, “2018 was an excellent year for Namibian hockey, particularly on the international stage. Celebrating hockey at such a level starts with recognising the sport at grassroots; being able to spot talent and skills at an early age and nurturing these so that individuals and teams can shine.”

“As with everything in life, constant practice and commitment to any sport to refine one’s skills plays an important part in making dreams come true. Anyone who represented Namibia internationally last year will tell you that his or her success did not happen overnight. The very best advance through hard work and by dedicating themselves to the discipline they are passionate about.”

Pack eluded to the partnership between Bank Windhoek and the NHU over the past four years, where the sports code has thrived and the development of the sport at grassroots level was taken seriously, resulting in well developed talent feeding into the sport. ““Bank Windhoek is proud to have been a catalyst in the development of the sport in Namibia and witness its impact on the lives of Namibians. The sponsorship of hockey, therefore, is a success story for Bank Windhoek because it has come to define how we impact when we give back – becoming a conduit of positive change, not just for the sake of the sport, but for the benefit of community,” Pack said.

Marc Nel said that the NHU this year established the following leagues for the Bank Windhoek National Indoor League of 2019:

“The venues where the Bank Windhoek National Indoor Leagues will be played are DTS, Wanderers, the Dome in Swakopmund, the Sports Hall in Walvis Bay and a few games at the Show Grounds in Windhoek.” Nel however stressed that most games will be played at the DTS Hall.

The Bank Windhoek Junior Development League will take place during the second school semester, from June 2019 to first week in August 2019.

The Bank Windhoek Outdoor League will commence in July 2019 up to middle of October 2019.

“Thanks to Bank Windhoek’s continued sponsorship, the past four years have enabled Namibian Hockey to develop and grow as one of the more prominent sports codes in Namibia. Look at the successes which our Junior and Senior National teams had the past two years internationally. Bank Windhoek’s sponsorship truly shows the Bank’s commitment to the development of the sport,” Nel concluded. 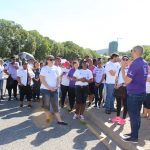 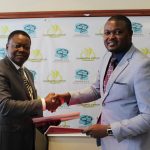 Lewis stores Namibia donates in support of children with cancer

UNAM receives over half a million from Vaccines for Hope

UNAM Cares recently received a grant of N$600 000 from a consortium of insurance companies called Vaccines for Hope, under the stewardship of Namibia Saving […]

The best dealerships and sales person in the motor vehicle sales industry, were recently awarded at the annual Bank Windhoek Selekt Sales Awards ceremony. The […]