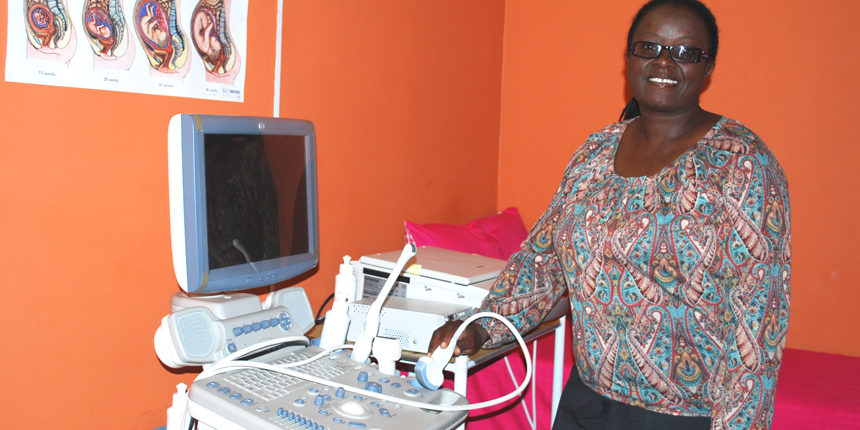 Forty-seven year-old Namibian radiographer, Renathe Gawanas, from Katutura, Windhoek, is one of the first female entrepreneurs to establish her own X-ray services centre.

Fifteen years ago Gawanas made a bold decision to quit her job. She took her pension fund and invested it her own business. Today, she is the sole owner of Medical X-Ray Centre CC.

Headquartered in Windhoek, Medical X-Ray Centre CC has four branches. Two of these are located in Windhoek’s biggest suburbs, Katutura and Khomasdal. The third and fourth branches are in Gobabis and Keetmanshoop.

Her desire for radiography started at a young age when she was a learner at A. Shipena Secondary School in Windhoek. The school at that time provided learners with career guidance tours to various organisations. It was a visit to the Katutura State Hospital that changed her life. As from that moment she knew the career she wanted to pursue.

After completing her secondary education, Gawanas applied to a number of universities abroad. At first she applied for a radiography course at the University of Cape Town in South Africa, but was referred back to Namibia for practical experiences. Fortunately Namibia was about to open its first radiography school.

After graduating, Gawanas was employed in the Radiotherapy Department at Dr A.B. May Cancer Care Centre from 1997 to 2002. She provided treatment and counselling to patients until she began her own practice in 2002.

While working at Dr A.B May Cancer Care Centre, she noticed the lack of X-ray facilities in Windhoek. “There were complaints from doctors and patients at private medical centres in Katutura and Khomasdal. They said that X-ray services were out of reach for ordinary residents, as the only two X-ray centres were at the Roman Catholic Hospital and the Medi-Clinic Hospital in Eros,” said Gawanas.

“I saw a market niche and decided to go for it,” she said.

She opened her first branch in Katutura in 2002. With the help of Bank Windhoek’s Emerging Small and Medium Enterprises (ESME) Finance branch, she opened two more branches thereafter; one in Khomasdal in 2007 and the other in Gobabis in 2011. Three years ago, with expansion in mind, she sought financial assistance from Bank Windhoek’s ESME branch and expanded to Keetmanshoop.

Bank Windhoek’s ESME branch caters for Namibian entrepreneurs with the potential to contribute positively to the country’s economy. With its new improved service offering, entrepreneurs can now gain access to finance and conduct their business banking activities at one convenient location.

“Gawanas is a qualified radiographer with extensive experience in the health services industry. She studied this market very well and knew what was required to improve services in this untapped market,” said Bank Windhoek’s ESME Finance credit and sales manager, Aune Hamukonda.

When Gawanas started her business she said that she thought she knew everything. But to her surprise, she needed to learn a lot more. “My university studies assisted in my profession, but I had thirst for more knowledge,” she said.

Gawanas decided to attend seminars, lectures and read extensively to broaden her knowledge and skills. She later joined professional business organisations with the aim to continuously improve.

This has allowed her to change and reorganise her business to face new challenges. “Being able to adapt to a changing economic environment plays a vital role towards the success of a business,” she said.

Gawanas added that aspiring entrepreneurs should follow their dreams, accept advice and guidance from others. “Surround yourself with a strong support network and continue to learn,” she said.

As for the future, Medical X-Ray Centre CC plans to expand its services further. “We have begun this operation in three different regions. The strategy is to be able to cater for all 14 regions in Namibia,” she said.