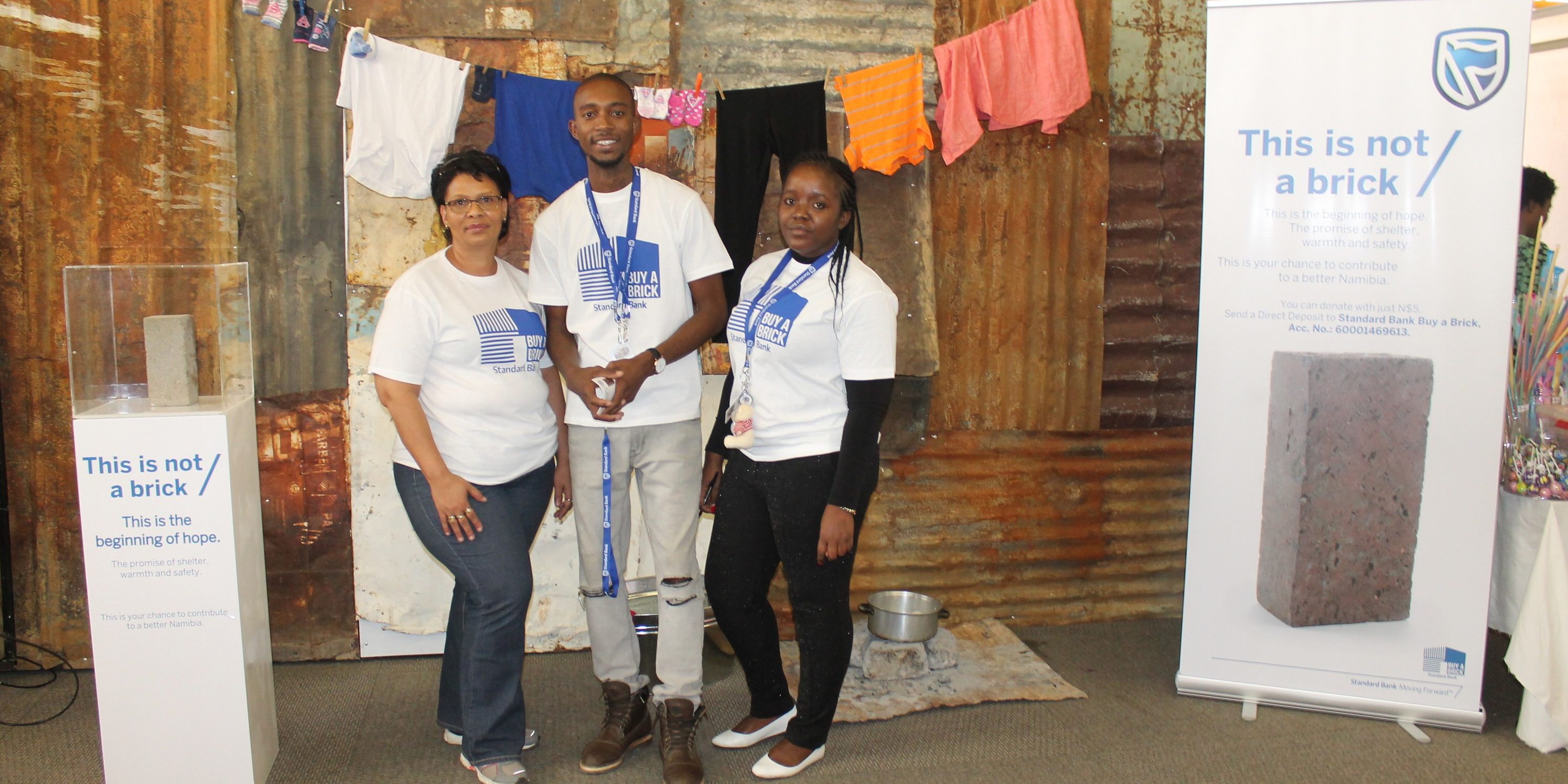 The stand which was located in the Maerua Hall drew interest from the public and was also visited by the Minister of Urban and Rural Development and the Chief Executive of Standard Bank Vetumbuavi Mungunda.

The purpose of the Bank’s stand is to raise awareness around the plight of people living in shacks around the country and at the same time raise funds for the Bank’s corporate social investment drive to provide decent houses for Namibians in low or no income households. These collected funds are then donated to the Shack Dwellers Federation of Namibia to build brick houses for its members who currently live in shacks. So far the bank has handed over a total of N$1.4-million in 2016 to build 44 new houses for disadvantaged residents in Rehoboth and N$2-million in 2017 to construct a total of 50 new houses in Windhoek’s Havana settlement as well as Berseba and Otjinene in the //Karas and Omaheke regions respectively.

With a contribution of N5,00 or more Namibians can play their part in making a difference by placing their deposits into the Standard Bank’s Buy a Brick Account: 60001469613.