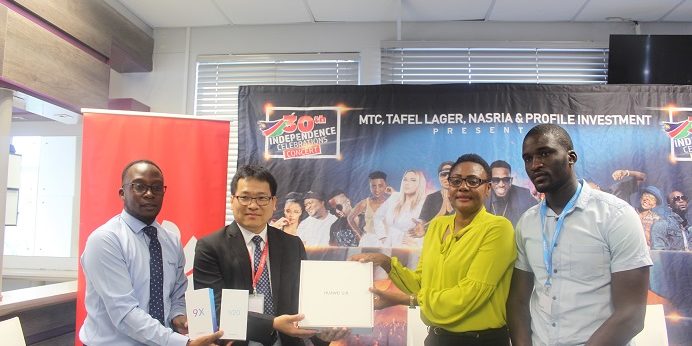 Huawei Namibia has joined the list of sponsors for MTC’s 30th Independence Celebrations Concert. MTC announced at a media briefing on Monday that the telecommunications giant has donated devices worth N.dollars 200 000 that will be used for activations and the celebrations associated with the concert.

Huawei has been operating in Namibia for 10 years now and has become a popular choice amongst the youth, hence the decision to come on board as a sponsor.