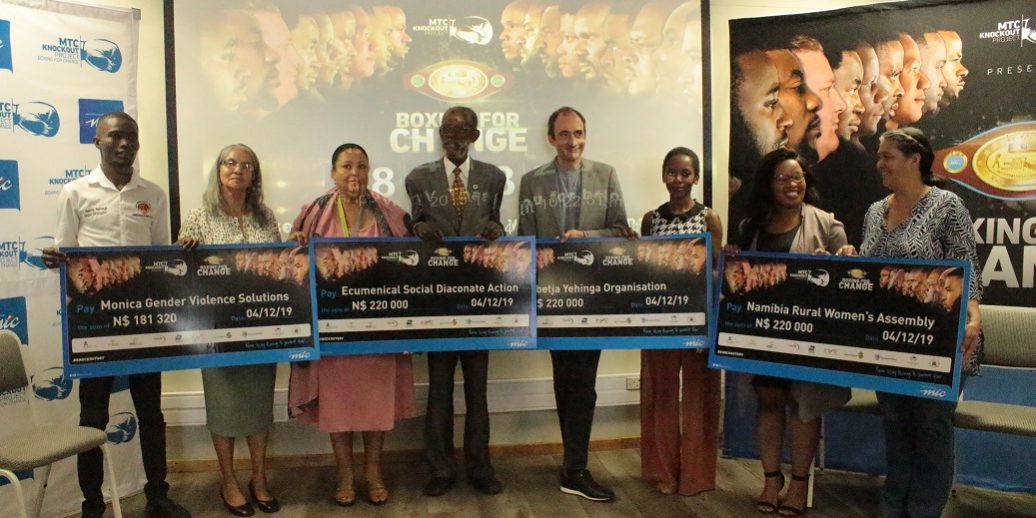 Four organisations were on Wednesday selected to receive funding for their Gender-based violence (GBV) projects from the proceeds of the Mobile Telecommunications Limited (MTC) Knockout Project.

The steering committee, which selected the organisations to be funded, received a total of 27 applications that were subjected to scrutiny by a set vetting committee.

Then nine organizations were shortlisted and the final four organisations were successful after presentations.

“Through this initiative, we will enable and support business and civil society partners through financially capacitating them to best work to eliminate gender-based violence in the country,” said Ekongo.

The selected four will have 12 months to carry out their activities with every penny accounted for, said the steering committee’s leader, Ndapona Schleberger.

“The organisations will at the end of the 12 months account for every penny and cent spent during the time,” Schleberger said.

Monica Gender Violence Solution, one of the four beneficiaries, plans to hold workshops as well as a door-to-door campaign to create awareness on GBV along with mental health, while Namibia Rural Women Assembly (NRWA) wants to educate the boy child on GBV, especially in areas where men are abused by women.

Another beneficiary, Ombetja Yehinga (OYO) usually uses arts and culture as a therapy to educate the youth and therefore plans to roll out such a programme in the //Kharas region.

Meanwhile, Ecumenical Social Diaconate Action (ESDA), is set to roll out a home economics project which teaches the victims important life skills, such as cooking, sewing, and finances.