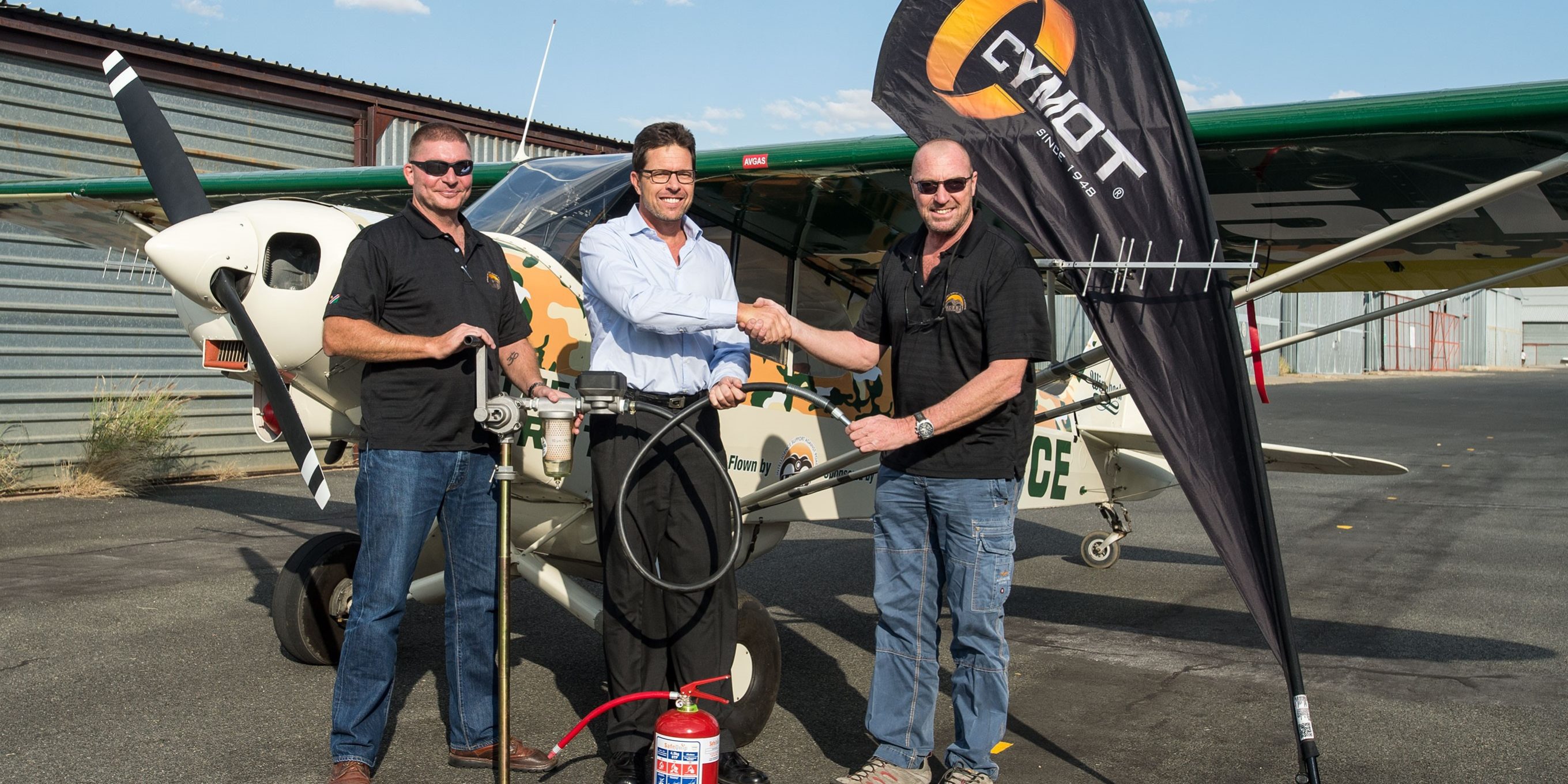 ISAP (Intelligence Support against Poaching) approached CYMOT for a donation of a fuel pump to be used for the ISAP patrol aircraft. The CEO of CYMOT, Mr Axel Theissen promptly announced that the request for the fuel pump will be earmarked as a special donation. The fuel pump is a necessity as operations are conducted in remote areas. Additionally an accessory meter gauge was fitted and a fire extinguisher was also added to the package, worth N$15 000.00.

‘ISAP is doing such outstanding work and we gladly support such a good cause’, says Mr Axel Theissen.

The aircraft, a Piper Super Cub with registration V5-LCE will primarily be used for conservation purposes which will include anti-poaching patrols, wildlife telemetry tracking as well as any environmental crimes.

ISAP monitors the poaching SMS hotline which is 55 555. Anyone with information pertaining to any form of poaching is encouraged to SMS the information to this number, alternatively, one can also report this on the ISAP web page, isap.com.na.  Information will be handled with strict confidentiality.

ISAP is a NGO and non-profit organization and is therefore dependent on donor funding. The ISAP operation room is situated at the Ministry of Environment and Tourism headquarters, Dr Kenneth Kaunda Street, Windhoek.