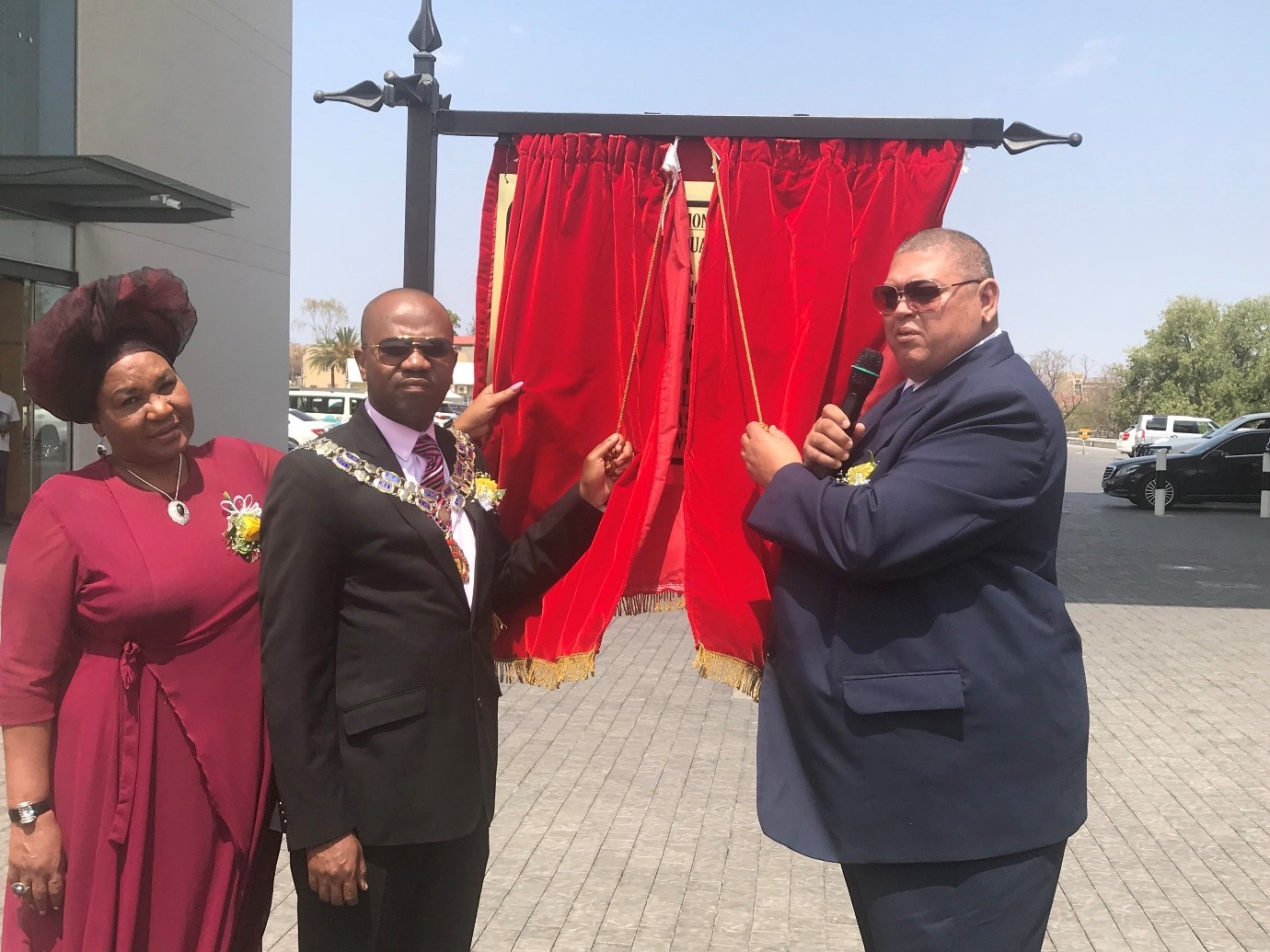 Friday, 28th September 2018 marked another historic day in the records of the City of Windhoek after several streets were named and renamed at a mass street renaming ceremony in honour of some of the freedom fighters and fallen sons and daughters of the Namibian soil.

The City Council has taken a decision to continue changing the image of the City by renaming streets and places to people who have contributed in different ways; be it political, spiritual or in any form to the betterment of the Namibian nation, Africa or the world at large. This gesture by Council is aimed at paying homage to the contributions and sacrifices made by those recognised individuals.

In fulfilment of this decision, Council has adopted a policy on naming and renaming of places and streets, aimed at providing guidelines when honouring people with streets and places names. As a result of this policy, the Council has approved the renaming of some of the streets in Windhoek.

During the Ceremony, His Excellency, Dr Nangolo Mbumba, Vice President of the Republic of Namibia, in the statement delivered on his behalf by Hon. Derek Klazen, Deputy Minister of Urban and Rural Development, applauded the City Council for taking a bold decision to pay tribute to the heroes and heroines who through their selfless public service contributed in one way or the other to the well-being and progress of the Namibian nation. He further emphasised that street naming should not be simply viewed as a way of designating urban spaces in recognisable zones, but it serves a purpose of creating and consolidating our collective memory by individuals who lived by the common values of bravery, humanity, selflessness, honour and similar unifying qualities which the Land of the Brave stands for. “Let’s, therefore, ensure that deserving Namibians from all 14 regions of our country are honoured to ensure that the streets of our Capital City indeed become the living museum of the nation’s collective memory”, stated the Vice President.

The honouree families expressed their gratitude towards the City of Windhoek for the honour bestowed upon their loved ones. The ceremony was treated to some memorable songs of the late Jackson Kaujeua performed by Big Ben.