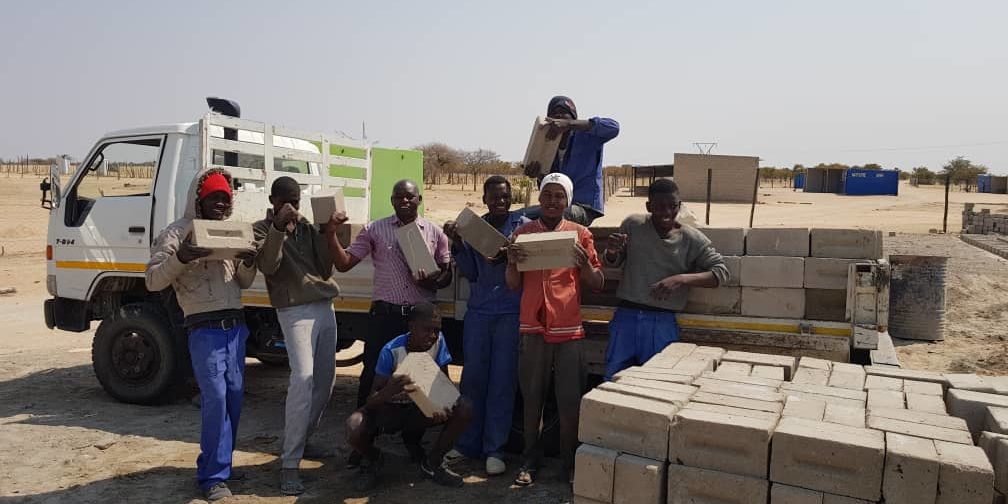 As part of government’s Growth at Home Strategy, Ohorongo Cement embarked on a community upliftment initiative to train people how to make quality bricks.

The training and skill transfer was conducted in all 14 regions under the Ohorongo Buildit Brickmaking Academy, which is a smart partnership between Ohorongo Cement and one of its customers, the Buildit Group.

Speaking to Nampa on Friday, Ohorongo Cement Marketing Manager Carina Sowden explained that the concept was born after the plant realised that not all brickmakers are skilled in the trade.

The main purpose of the initiative is to uplift communities but also to transfer skills and knowledge.

“It is a dream to have a brickmaker in every village so that people not only make bricks properly, but transfer the skills and create jobs, and in that process we all assist to build the Namibian house,” she said.

The training commenced in March 2017 and ended July 2018 and 292 people received training.

“We always look at value addition concepts for our customers and it was also quite convenient to offer the training at their stores,” she said.

Beata Kuutondokwa from Eenhana, who is the owner of the Tuyakula Bricks Project and a beneficiary of the training, on Thursday said she first heard of the training when she went to the BuildIt hardware store in Eenhana to purchase cement.

“I have learned to mix the cement better and I am very grateful for the opportunity, because I got to perfect what I was taught [at the vocational training],” she said.

Kuutondokwa noted that because of the training, she managed to employ three more people in addition to the three she already had.

“I transferred my skills to all of them, just as I was trained at Buildit,” she said.

Haitembu said after the training he now knows how to make two different types of bricks: super bricks and standard bricks.

Project information member, Jonna Litengula said the training made a big difference to his life and his community.

“Before the training we did not have the skills to make bricks, but now community members have skills to empower themselves,” he said.

Each trainee received a guidebook and brickmaking safety gear.