Nedbank recently released its consolidated results for the year 2017, which show that despite challenging economic and operating environment, the bank managed to grow positively with an increase in its overall financial position.

In a highly competitive local market, the Nedbank optimized its technology platform and gained ground as an innovative bank at the forefront of finding solutions for consumers and business, with significant deals in the corporate market and new impetus in the market for small and medium enterprises. With the optimization of the technology platform and execution of our strategy,, year on year market share growth, reaching 13% in 2017, as well strong liquidity position was maintained despite market with liquidity constrain. The slowdown of the Namibian economy, in the 2017 financial year was characterized by a lower level of consumer appetite for credit, particularly for home loans and vehicle financing. Even though the repo rate was kept at 7% and cut by 25 basis points to 6.75% in August, private sector credit extension growth stood at 5.1% in December 2017 compared to 8.9% in the prior year.

Despite the aforementioned headwinds, the Group has shown growth in loans and advances to customers of 5.51%, with net interest income increasing by 9.59%, and non-interest income increasing by 3.22% year-on-year. Taking into account the investment in its brand, technology and skills development, operating expenses are well controlled at an 8.21% increase compared to the same period in 2016. NedNamibia Holdings has maintained a strong financial position by growing total comprehensive income by 4.78% to N$ 318 million for the financial year. During the year, NedNamibia Holdings declared and paid a dividend of N$ 200 million to its shareholder, Nedbank Group Limited. Nedbank Namibia’s capital adequacy ratio of 16.01% exceeded our internal target range of 12,5% and compared to 14.96% at the end of 2016. This affirms that Nedbank Namibia is well capitalized to deliver on its stated strategy towards 2020.

Nedbank Managing Director, Lionel Matthews said, “We made great progress thanks to better strategy execution, improved information systems and intensified employee engagement, which allowed us to counter the downturn and keep sight of our goals.” As a responsible corporate citizen, Nedbank is committed to support and partner with government, regulators, customers, and broader societies to create and build inclusive prosperity for all.

The year 2017 also saw Nedbank conducting major property financing transactions, including the Am Weinberg Property, the Eros Manor in Windhoek, as well as the Dunes Mall in Walvis Bay. “This is truly a step in the right direction as this is the type of business Nedbank needs to make an impact on the bank’s overall portfolio.” Matthews pointed out. 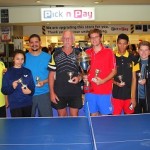 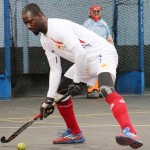 Next Article Battle between Old Boys and Saints intensifies

Oil pollution on the Afrodite beach and Walvis Bay lagoon

We cannot rely on others to create growth for Namibia