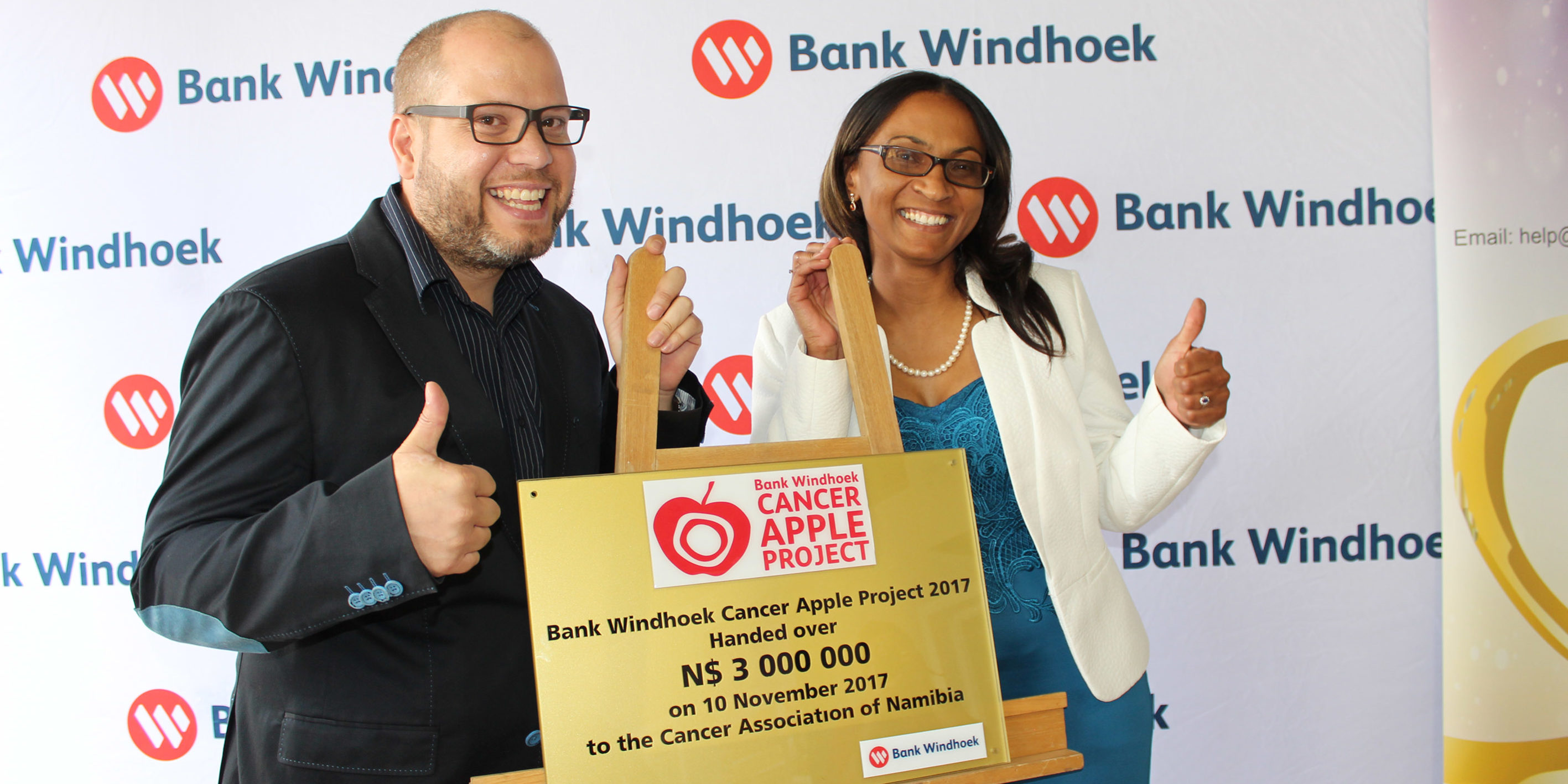 The 2017 Bank Windhoek Cancer Apple Project has yet again set a new record after an astounding N$3 million was raised in aid of the Cancer Association of Namibia (CAN).

“Bank Windhoek remains passionate about the Apple Project and is very proud to be associated with the Cancer Association. We will continue to seek new ways to add value to the lives of cancer patients and their families as we truly believe we are the connectors of positive change,” said Bank Windhoek’s Managing Director, Baronice Hans.

“Thank you to the Namibian public and our project partners for supporting Bank Windhoek to enable us to make a positive change in the lives of those affected by cancer. Through this project we could once again expand the footprint of the National Cancer Outreach Programme and screen more than 5 000 Namibians free of charge,” said Chief Executive Officer of the Cancer Association of Namibia, Rolf Hansen.

Due to the rapid expansion of the project, the Bank is constantly looking at ways to simplify it. The Entrepreneurial Challenge, introduced two years ago to increase the amount of money raised, was once again a huge success. In this Challenge the Bank Windhoek branches and departments received seed capital of N$4 500 from the Bank to organise fundraising projects in support of the Bank Windhoek Cancer Apple Project. This year the winning branch was once again Omaruru, who generated N$55 850 in three months and Swakopmund branch who sold 62 306 apples.

More than 540 schools competed in their respective categories and share in the prize money of N$45 000. Each winning school received a cash prize of N$7 000, while second place received N$5 000 and third place received N$3 000. The prizes were given in the categories of Pre-Primary, Primary, Secondary and Combined Schools.

“As a team we contributed to the fight against cancer, an illness that affects so many, regardless of age or gender,” concluded Hans.

The winners of the school project are:

Partners of the 2017 Bank Windhoek Cancer Apple Project were: