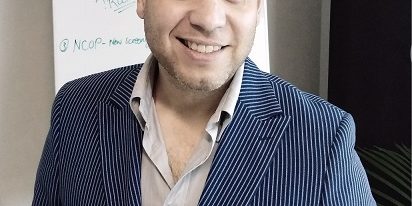 The Cancer Association of Namibia (CAN) on Tuesday extended its National Cancer Awareness Week to its Erongo headquarters in Swakopmund, where it will offer free screenings for the most common cancers in Namibia.
This includes screening for breast, cervical and prostate cancer, for both men and women. The screening will end on Wednesday, when women will be screened.
The awareness week was launched in the capital during the first week of August 2022, with 175 men and women showing up for screenings.
CAN established National Cancer Awareness Week in August 2015 to address the communication and advocacy challenges associated with cancer.
The first campaign focused on media engagement, empowering journalists to better understand and report on the disease.
Head of Medical at CAN, Sr Aina Nghitongo told Nampa that while they expected more men to show up for the screening after a successful turnout last week in the capital, this did not deter them from the end goal, which is to provide free screening in order to create a healthier Namibia.
She is optimistic about Wednesday because women are showing up in large numbers, which encourages more people to show up for screenings across the country.
‘CAN hosts regular screenings nationwide through the National Cancer Outreach Programme, visiting various towns and villages throughout the year and providing free testing for the most common cancers,’ she explained.
She added that the goal of the campaign is to help break the stigma surrounding cancer so that communities at the grassroots level don’t just fear it, but instead start asking questions about it, engage in discussions about it, and hopefully be more motivated to participate in screening campaigns.
Since 2018, the Circle of Hope Programme has been added to the outreach programme, whereby the psychosocial and emotional aspects of the cancer journey are also addressed.