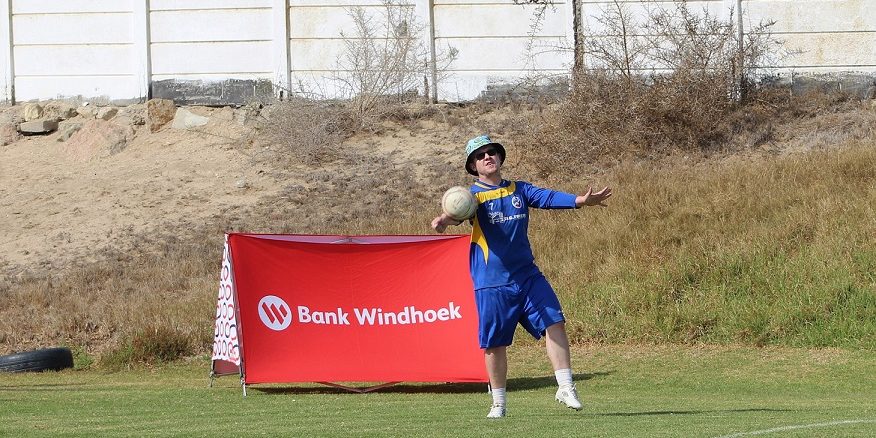 Cohen Fistball Club (CFC) won the fourth and final round of the Bank Windhoek Fistball League hosted in Swakopmund over the weekend. After securing another 12 championship points, CFC 1 is currently sitting on forty-eight points on top of the table. They are followed by CFC 2 and Sport Klub Windhoek 3 (SKW 3), jointly sharing thirty-two points in second and third place, respectively.

In the final, CFC 1 won the encounter against SKW 3 with a score line of 3:0. There were several mistakes in defence and setting on both sides. CFC 1 also won the semi-final against SFC 1 with 2:0. The second semi-final between SKW 3 and CFC 2 was a nail-biter. CFC 2 won the first set relatively clearly before SKW 3 equalised. In the deciding set, SKW 3 finally prevailed with 13:11.

In Group A, CFC 1, CFC 2 and SKW 1 faced each other. Without problems, CFC 1 entered the semi-finals as the group winner. In an exciting match between SKW 1 and CFC 2, the teams from the capital city drew 1:1. Due to the better ball difference, CFC 2 followed their clubmates into the semi-finals. In Group B, SKW 3 defeated hosts SFC 1 and SFC 2 by 2:0 to win the group. SFC 1 defeated their reserve team to advance into the semi-finals in second place.

In the under 16 category, boosted by home turf advantage, SFC A was again the team to beat and secured victory in the tournament. SKW A lined up second, followed by SFC B and SKW B. SFC A will meet SKW B, and SKW A will play SFC B in the two-month playoff semi-finals. In the under 13 category, SFC A won the tournament. SKW A was second, followed by club mates SKW B. SFC B had to be satisfied with fourth place on this occasion. Leon Ahrens from the SKW youth team was named youth player of the day.