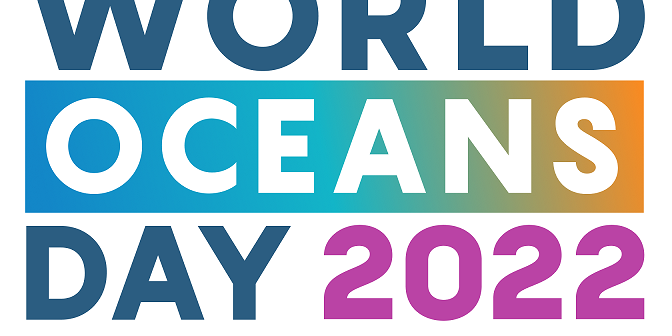 There is a popular saying that the cure for anything is salt water – tears, sweat, or the sea. Yes, some love the ocean for its calming properties and revel in its sheer magnificence, but for millions of people, it is so much more than that, hence the commemoration of World Oceans Day on 08 June every year.

The United Nations says of the body of water that covers over 70% of the planet that it “is our life source, supporting humanity’s sustenance and that of every other organism on earth. The ocean produces at least 50% of the planet’s oxygen, it is home to most of earth’s biodiversity, and is the main source of protein for more than a billion people around the world. Not to mention, the ocean is key to our economy with an estimated 40 million people being employed by ocean-based industries by 2030.”

And yet, despite all its benefits, the ocean is now in need of support as with 90 per cent of big fish populations depleted, and 50 per cent of coral reefs destroyed, more is being taken from the ocean than can be replenished.

Enter World Oceans Day, which is aimed at raising public awareness of the impact of human actions on the ocean and to mobilise citizens for sustainable ocean management.

For 2022, the theme of World Oceans Day is ‘Revitalisation: Collective Action for the Ocean’.

As dire as the news may seem on a daily basis, around the world, there are people and organisations doing their bit of good to build a better future for future generations and the planet.

Scroll around social media and you will see beach clean-up days and other interventions organised. In Namibia, there are organisations that organise similar events in coastal towns, but what we tend to forget is that every person has the power to do their bit to preserve this resource which sustains thousands.

In honour of the day, Nampa compiled a list of ways everyone around the world can help, in collaboration with Unesco and other UN agencies such as the United Nations Environment Programme (UNEP) and FAO, which also work to protect marine and coastal ecosystems.

Some of the things you can do to help the ocean include;

Eat less fish and if you eat fish, make sure it is caught in a sustainable way

Reduce your amount of plastic

Demand plastic-free alternatives from companies and say no to single use plastics such as straws, plastic cutlery, water bottles and plastic bags

Support the reduction of fossil fuels

Fish with caution and use caution when boating.