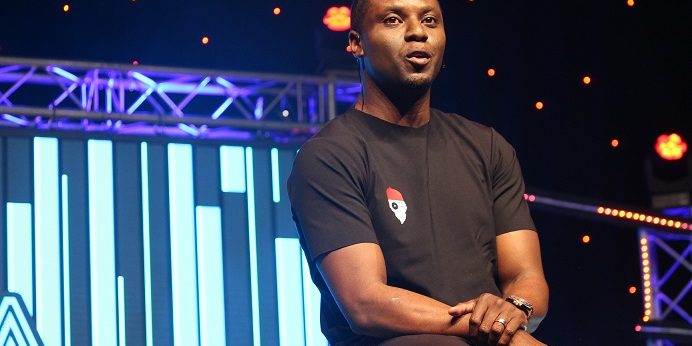 MTC Chief Human Capital and Corporate Affairs Officer, Tim Ekandjo says there should be no competition when it comes to projects that are aimed at social investment and responsibility.
He spoke on Saturday at the MTC We Race Together main event in Windhoek, where more than 140 Namibian personalities came to race against each other in a bid to raise funds for a charitable cause.
“Over the last few years, we have gone through so many challenges as a country. We have lost so many loved ones through COVID-19, severe drought, and unemployment, but we have risen above all these challenges. We will indeed rise again, but only if we recognise that there is divine wisdom and power in working together when it matters most,” he said.
Ekandjo called on Namibians to refrain from discrimination of any kind, as Namibia belongs to everyone and her wellbeing is everybody’s business.
Meanwhile, Ekandjo told Nampa on Sunday that they will announce the total amount raised in the next week or two.
“Based on comments from thousands of people who either watched it live or on TV, the event was a resounding success and that’s exactly the experience we planned to give Namibians,” he said.
Several personalities from a wide spectrum of industry ranging from politicians, musicians, captains of industry, diplomats and many more participated in the event, which saw them racing each other in the four by 100-metre relay race (4x100m) at the Independence Stadium.
Meanwhile Letu Hamhola, the coach for the majority of the athletes told Nampa that he was impressed by the times posted by the participants.
“Considering that we had such a short time of training with these guys who are not professional athletes, I think they surpassed our expectations. There were no serious injuries related to the race,” he noted.
Teams PwC, National Youth Service, Namport, Ama Chesters and the Foxes were crowned overall winners at the end of the day.