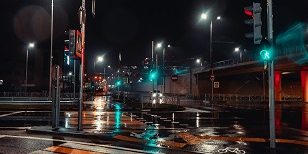 The #Love30 campaign of the sixth UN Global Road Safety Week advocates for ‘Streets for Life’ by making 30 km/h (20 mph) speed limits the norm for cities, towns and villages worldwide in places where people mix with traffic, with the hashtag #StreetsforLife #Love30 (or #Love20 where mph is used).

The goals of this week are to collect policy commitments at national and local levels to implement 30 km/h speed limits in all urban areas and build local support for such slow-moving measures so that people can live in a safe, healthy, and environmentally friendly city.

Low-speed streets reduce the risk of serious injuries and save lives.

In Namibia, this is a welcome initiative as our country has been flagged for its high accident rate. According to the Global Status Report on Road Safety, Namibia’s estimated road traffic death rate per 100 000 people stood at 30.4 in 2016, more than double that of the best performing country in the Sub-Saharan African region, Mauritius, where the road traffic death rate per 100 000 population was 13.7. The best performing country globally was Sweden, where the rate was 2.65.

Reports of accidents involving pedestrians are common countrywide, and raising awareness of the #Love30 campaign would be a big help towards reducing accidents of this nature.

Think a speed limit of 30km/h in local streets is unrealistic? According to the UN, there are more arguments for than against such a change, as evidenced by a set of myths and facts on its UNGRSW website:

Fact: People consistently express a desire for slower speeds where they live.

Fact: Slower streets help to reduce traffic congestion and create healthier streets for everyone to enjoy.

Myth: The 30 km/h speed limit is imposed solely to generate revenue from fines.

Fact: Enforcement is only required when people are travelling at dangerously high speeds.

Next time you put your foot down on the pedal, think of the difference you can make by slowing down just a little. With fuel prices as high as they are nowadays, an added bonus is that you’ll have to spend less on filling your tank!