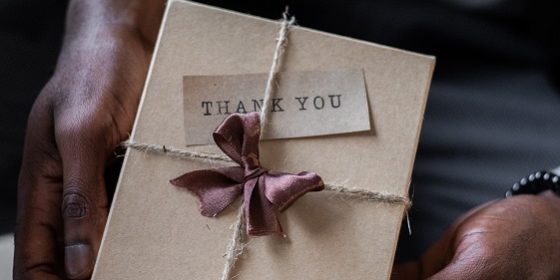 The past few years have been particularly difficult for a variety of reasons.

COVID-19 has killed hundreds of thousands of people and caused massive economic disruption, heartbreak and hardship for millions.

But these past few years have also brought out the best in many people.

Being kind or lending a helping hand may feel like an obligation to some, but it is a duty to others.

Then there are those who are required to do so.

Their surnames aren’t always familiar. However, there is no doubt that the actions of these heroes have made our world a safer and better place.

It is said that there is no greater joy than assisting others in need.

Whether times are good or bad, someone is always trying to help those in need.

Nampa compiled a list of a few unsung heroes and heroines who made significant contributions to local communities, bringing about change and leaving a lasting impression.

We’d like to introduce you to a few of these amazing people.

Samuel overcame his situation and felt compelled to give back to those in the same situation after learning about life on the streets, which included selling empty bottles to get by. With the help of some friends, he eventually established the Kids Soup Kitchen in Katutura, and the organisation now regularly prepares meals for children living on the streets.

Sandy Fiona Rudd is a former lecturer of the College of the Arts, where she specialised in Development and Community Theatre through formal and informal productions. She is a theatre director, playwright, art lecturer, children’s book author, and performance mentor.

She is known as Namibia’s ‘Mother of Theatre’, having produced over a hundred stage productions and a handful of short films. She has also trained and coached a number of Namibian actors and actresses, as well as stage and film directors, some of whom have received local, regional, and international recognition.

Katjindee was the first principal of Otjiwarongo’s Karundu Primary School. Very principled, he is highly regarded by his peers, students, and the local community for his unwavering dedication to education and child development. The road leading to Karundu Primary School is named after this great, but little-known, hero.

The chief inspector has a well-known reputation as an iron lady, which has helped make Namibian streets a safer place to be. From more serious crimes to ‘prosperity churches’, she’s seen it all and is not letting up on building momentum towards a more balanced public safety force.

Known for her charitable work among sufferers of eye-related illnesses, Dr Ndume has ensured that some 30 000 Namibians have received eye surgery and are fitted with intra-ocular lens implants free of charge. She has received various awards for her work.

Naftaline Taine Mukaru is a well-loved devout Christian mother-to-all and moral pillar in her Otjiwarongo community and beyond. She lives a life completely dedicated to the principles of altruism and goodwill for all humanity, particularly the oppressed and marginalised.

Without a doubt, this highly regarded role model is a little-known hero who, in her own small way, reminds us of the world-renowned Mother Teresa.

Lipenda is young and has a strong desire to inspire young minds. She is committed to ensuring that children reach their full potential. The Tulela Reading Foundation was founded by Lipenda with the goal of cultivating and elevating a reading culture among Namibian children. When she first conceived the reading foundation, she intended to encourage children to fall in love with storytelling, as a good storyline makes reading more interesting.

She was humbled, however, because the majority of the children she met did not know how to read. How can these children learn to love reading if they are unable to read? As a result, her work is now primarily focused on developing reading skills.

The Namibian chapter of MenEngage is led by James Itana, who serves as the national co-ordinator. Responding to Namibia’s high rates of GBV, teen pregnancy, alcoholism, and the prevalence of female-headed households due to absent fathers, James is hard at work creating a society in which men and boys are actively involved in changing and challenging the harmful gender norms and stereotypes that perpetuate this damaging status quo.

Nthengwe is a prominent figure in Namibia’s intersectional #ShutItAllDown and pro-choice movements, as well as a champion of LGBTQI+ rights. She is also the author of ‘The Chronicles of a Non-Binary Black Lesbian Namibian – In Love,’ a nonfiction/memoir hybrid (2021).

Hangula was a gracious teacher. She was recognised for her dedication and commitment to instilling knowledge and a love of teaching in children. She is former President Hifikepunye Pohamba’s first former lower primary school teacher. A classroom block at Omungholyo combined school in the Ohangwena Region is also named after her.