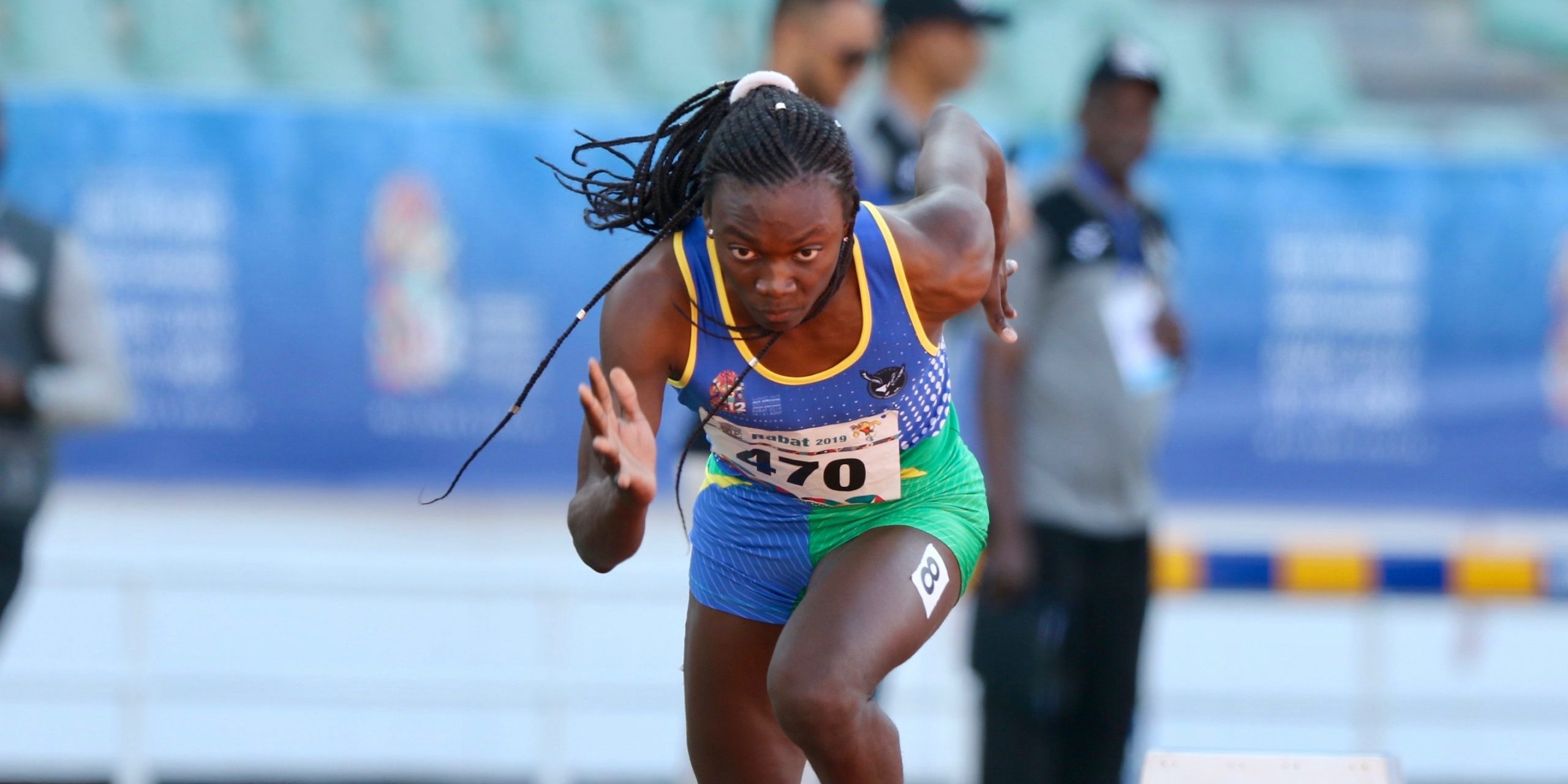 Henk Botha, who coaches sprinter Beatrice Masilingi, has said the injury she picked up over the weekend is not career-threatening and she will be back on the track soon.
Masilingi competes in the 100 metre (m) and 200m sprints. She sustained an injury while representing Namibia at the Gaborone International Meet over the weekend.
In an interview with Nampa on Monday, Botha said the injury suffered by Masilingi while competing in the 100m race where she finished sixth, started in the United States of America (USA).
“While in the United States we did some tests and it was gone but in Botswana, she did not warm up well when it started raining so the injury reappeared again while competing,” he said.
The coach added that Masilingi had one of her best starts in a long time and was on the heels of her teammate Christine Mboma, but everything fell apart just 20m to the finish line.
“It’s unfortunate. At the moment she is mentally strong but psychically there is a problem which we have just determined,” said Botha
He stated that Masilingi has one of the best sports physiotherapists in southern Africa who assessed her injury and determined that she has a grade one strain which can be cured in three weeks.
“We found out that this injury happened because of the problem she has in her back which puts a strain on her hamstring. But she will be in a highly intensive recovery programme and will compete in the Prefontaine Classic Diamond League Meeting which will be held on 28 May 2022 in the USA,” said Botha, adding that they are excited to say that Masilingi’s injury is not as severe as they thought at first because she was under a lot of pain.
The coach also added that athletes must be 100 per cent conditioned to avoid this type of injury.
“In future, we will communicate with the event organiser for athletes to have ample warm-up time before competitions so that they don’t run when their bodies are not nicely warmed up, which might cause injuries,” he said.
Coach Botha and Mboma are currently en route to Nairobi to compete in the Kip Keino Classic. Masilingi is expected to join the team in Doha, where Mboma will compete in the first race of the Diamond League Meeting on 13 May 2022.