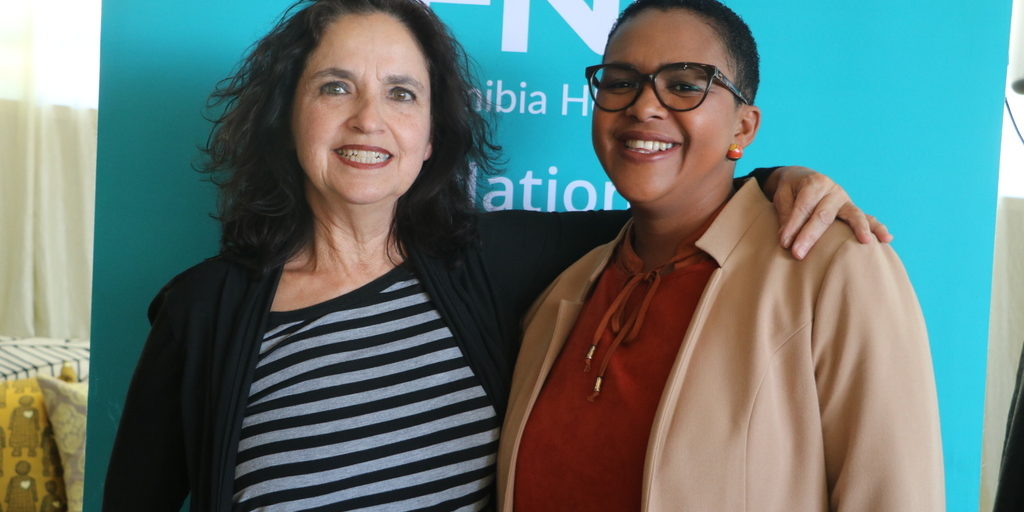 “It is with great pleasure that the FNB Foundation supports the Windhoek Woordfees (WWF) with a sponsorship of N$60,000. We are also proud to be associated with the Woordfees for the fifth consecutive year”, said Revonia Kahivere, FNB Corporate Social Responsibility Manager at the launch of the Woordfees in Windhoek.

Revonia added that arts and culture development – which includes languages – was one of the core focus areas of the FNB Foundation and believed that language has the potential to united a nation, stimulates thought, and allows people to express their opinions. “Language is formed by culture, while culture is influenced and impacted by language. Language is the medium of culture.  FNB believes in working and learning together, promoting culture through the experiences of communities locally, nationally and globally to collectively bringing about change.”

Chrisna Beuke-Muir thanked FNB Namibia for their ongoing support toward the Afrikaans language and the Woordfees. Since its inception five years ago, the festival of words has grown into a national event with theatre, philosophy discussions, creative writing workshops and bands composing and playing Afrikaans music. Chrisna added: “The aim of the Windhoek Woordfees is to show all Namibians that there are quality Afrikaans writers in our country and that our stories are worth telling. Not only will the Windhoek Wordfees entertain, but it also aims at making people think.”

The major Word Festival is held every second year with a Mini Festival in the alternative years. 2017 is thus the year of a mini Festival and it will kick off on 26 July 2017 at the Maerua Mall Rooftop, with writer Lloyd Zandberg. Other highlights include music and lyrics on 27 July, with Henriette van Wyk and Sanet Lambrechts, philosophical talk with Herman Wasserman on 28 July, and ‘storievuur’ with Dawie Prinsloo, Mario van Wyk and Barend Spies on 28 July, as well as a writers’ talk on 29 July.

Revonia encouraged everyone who enjoys the Afrikaans language to join in the various activities. “The Windhoek Woordfees can only thrive if the public attends and enjoys the various events. We all know that language plays an important role in our daily lives, regardless of our race, creed and region of the world. Language helps express our feelings, desires and queries to the world around us. We look forward to seeing all of you at one or a few of the planned events. Tickets are available from www.windhoekwoordfees.com.”