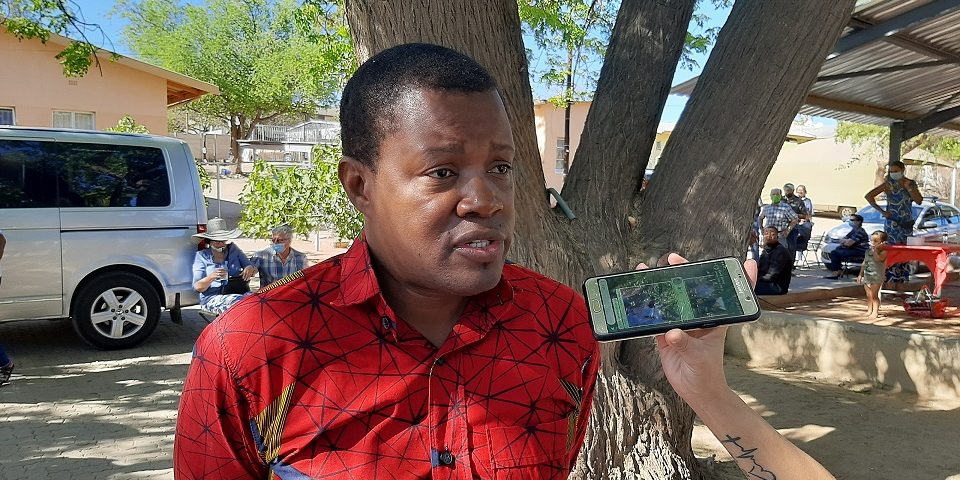 Several opposition leaders were left baffled by President Hage Geingob’s eighth State of the Nation Address (Sona) on Wednesday, saying it does not inspire any confidence as far as the dire economic situation Namibians find themselves in is concerned.
According to them, Geingob continued to preach – as he has done in the past – futuristic rhetoric while the present situation remains bleak for many.
They expected a clear-cut plan on how the government plans to cushion consumers in the face of rising fuel and food prices.
First to speak to Nampa on Wednesday, immediately after the SONA, was Popular Democratic Movement (PDM) leader, McHenry Venaani, who said the Geingob administration is out of its depth.
“How are you spending N.dollars 300 million on the sovereign wealth fund while people are right now are suffering? Is it not right to cushion consumers now?” Venaani asked, further opining that Geingob’s address lacked pragmatic and practical interventions, as well as a timeframe for their implementation.
“He said there will be a 2 per cent reservation of internships for young people in government. Do you have the resources? He must say we have N.dollars 100 million reserved for interns in government. Without such a commitment, it is not implementable and just a mere pronouncement,” he said.
Venaani, however, credited the government for increasing the disability grant from N.dollars 250 to N.dollars 1300, depite it being earmarked for the 2022-2023 financial year.
For National Unity Democratic Unity Organisation (Nudo) lawmaker Josef Kauandenge, the SONA was merely “old wine in a new bottle”.
“You cannot come to Parliament and blame everything on COVID-19. [Geingob] must tell us what he is going to do to get the economy working. The president really failed in that regard,” he said.
“His speech is more similar to the one of last year. There is nothing new.”
Rally for Democracy and Progress leader, Mike Kavekotora, expressed mixed feelings about the SONA, saying it contained “some good policy pronouncements.’
“But when you are planning something, it basically means it is something that still needs to be done. The effect and results of it will be felt in the future. I feel the SONA should confine itself to this year,” he said.
United Democratic Front (UDF) leader, Apius Auchab, responded to the SONA by saying the president could only do so much under the current circumstances.
Auxab said through the green hydrogen project and recent oil discoveries, the Geingob administration has placed Namibia “on the global map” in a time when the country has been plagued by challenges since Geingob assumed the presidency in 2015.
Between 2016 and 2017, the global economy nosedived, with prices of Namibia’s main export commodities falling sharply.
“Currently commercial banks are structured in such a way as to be an exclusionary domain for ordinary Namibians. This further cripples economic development as the majority of abled, skilled, and educated Namibians cannot participate in the mainstream economy,” he said.
To address this dilemma, Auchab asked for the revival of the SME Bank.
“Many developed economies do the same, such as China, South Africa, USA, Brazil, and India,” he added.
To this, Geingob retorted: “The SME Bank concept was excellent [but] how it was executed, there were crooks. The concept is not corrupt. That [reviving SME Bank] cannot be done now. We didn’t liquidate the other one [completely].”