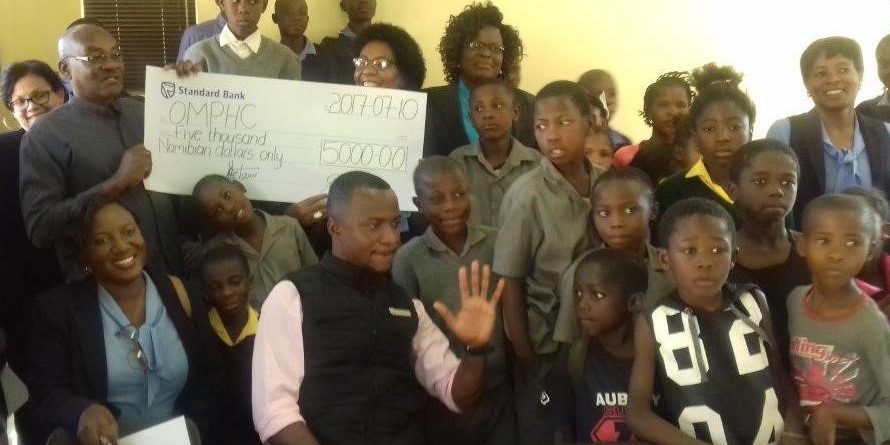 Giving to those in need is the spirit with which Standard Bank Otjiwarongo Branch staff recently donated N$5 000 to orphans and vulnerable children (OVCs) of the Otjiwarongo Multi-Purpose Help Centre. The non-profit organisation which falls under the Municipality of Otjiwarongo serves as a safe haven for OVC’s to receive food after school and provides home based care to people infected with HIV/Aids in the communities. The latest donation forms part of the employees’ social community project. In the photo are from left to right Manager of the Community Services at the Otjiwarongo Municipality Gottlieb Nghinongelwa, the Mayor of Otjiwarongo Bennes Haimbondi and the Otjiwarongo Branch Manager Othilie Kariko-Kaevarua. The Otjiwarongo Multi-Purpose Help Centre which caters for between 300 to 400 community members was established back in 2001 with assistance from the Netherlands and became operational in 2002.