Old Mutual in partnership with the Namibian Stock Exchange (NSX) along with other partners awarded the top five winning teams that took part in the Namibian Scholar Investment Challenge (NSIC) from 10 May 2021 up until 22 October 2021. In total, 162 teams from across Namibia’s 14 regions had the opportunity to trade listed shares on the NSX after receiving a fictitious N$500 000. The aim of the NSIC is to introduce the Namibian youth to stock market investments and to provide them with knowledge on broader aspects of capital market operations.

To enable the participants to trade, each team received a starter pack consisting of basic information and a glossary on financial terminologies. The participants were tasked with doing research and applying analytical skills to make good investment decisions with the goal of increasing the value of their portfolios by the end of the trading date.

The keynote speaker at the award ceremony held on 12 November 2021, was Tassius Chigariro, Old Mutual Group Chief Executive Officer (CEO). He narrated his journey with Old Mutual which interestingly began while he was still in High School. “Old Mutual gave me a great opportunity to discover my talent. There are many people who perished with their undiscovered talents. Others have had to discover it at very old age like Colonel Sanders with the Kentucky Fried Chicken brand”.

He continued by saying, “Old Mutual spends its money in helping children discover their talent before their prime. The best gift to a child is helping them discover their talent. I am hoping today, we have done that; though discovering talent alone is not enough. There are many people who discovered their talents but did not produce any fruit. When talent is discovered – it is like discovering a fertile seed, it needs to be nurtured, it does not matter how good the seed looks, how fertile it is, if you do not put it in good soil and water, it will die. To the talents that have been discovered today, I urge the parents, the communities, the companies that are here, to nurture this talent”.

Speaking at the same event, Tiaan Bazuin, CEO of NSX, pointed out that “we have been running the competition for the past 21 years with schools and the last couple of years with universities competing in the same competition as well. It has always been a financial literacy initiative project.

The idea is that the institutions get involved to get the students to learn something completely out of their comfort zone. For this year, we had some of the best returns that we have ever seen in the competition, students really applied their minds and we had the highest number of teams participating. I want to thank our sponsors, especially Old Mutual as the headline sponsor that came in a very strong way to publicize the competition more than we had done before which resulted in more teams taking part. I also want to thank our media partner, FutureMedia (Nova 103.5) along with our other partners, Namibia Savings, and Investment Association “NaSIA”, Simonis Storm Securities “SSS” and the Financial Literacy Initiative “FLI”. The Financial Literacy Initiative “FLI” and International Association of Students in Economic and Commercial Sciences “AIESEC” have assisted the NSX in this project for many years. The teams have done extremely well with the five top teams effectively outperforming the NSX Overall Index, recording the highest returns ever in the competition”. 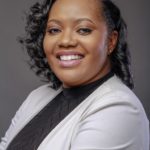 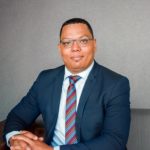 The Institute of Internal Auditors (The IIA Global) encourages internal auditors around the world to participate in this important celebration in May; to promote the […]

Standard Bank has recently welcomed two new Heads to its executive team. Anne Juuko has been appointed to the position of Head, Corporate and Investment […]

Geopayment is another first for Namibia where customers can split a bill at a restaurant and pull payment to one card, thereby making sharing of […]

Ideally, insurance should be your safety net, but for many, it’s a minefield. Old Mutual Short-Term Insurance Company has compiled seven quick, easy to understand […]