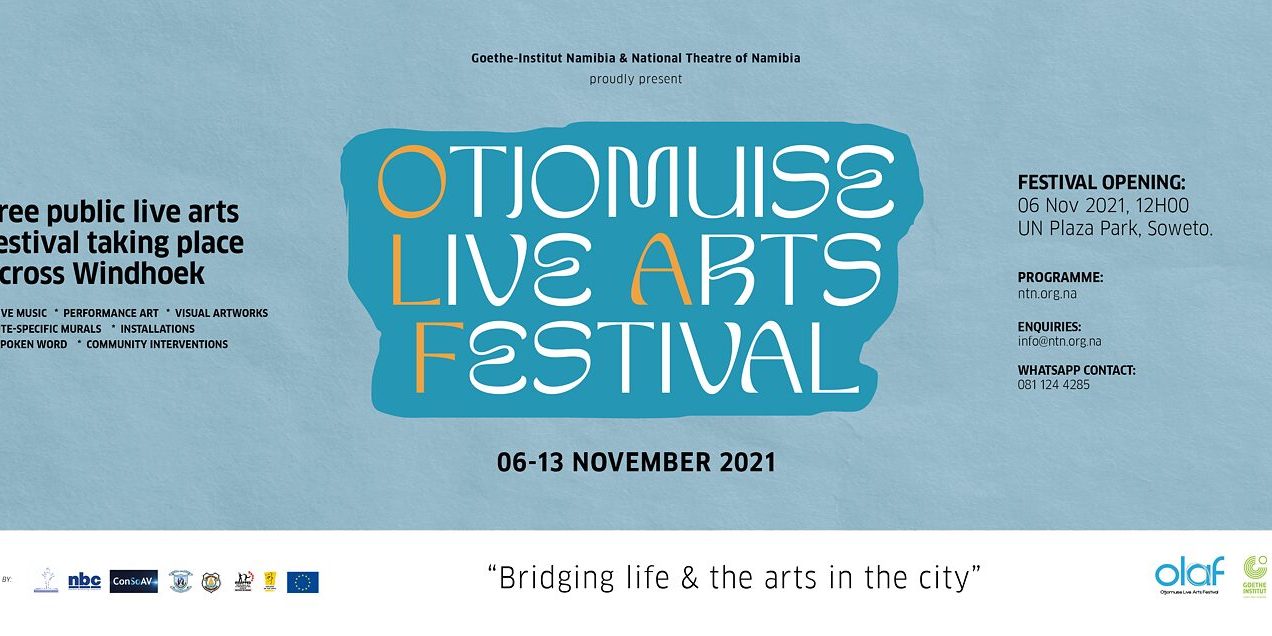 A call-out for the Otjomuise Live Arts Festival (OLAF), a project by the Goethe-Institut Namibia and National Theatre of Namibia (NTN), led to the selection of over 30 artists to feature in the weeklong festival that will take place 06-13 November 2021, all across the Windhoek city. OLAF is largely brought about by the inaccessibility of the majority of Windhoek’s inhabitants to various artistic expressions; often limited to indoor, and at times, inaccessible areas of the city.

In partnership with the City of Windhoek, ConSoAV, and NBC, OLAF offers opportunities for immersive, experimental, and refreshing artistic forms to be showcased or installed in public sites where life and the arts can meet. The family-friendly festival is open to the public at no cost, and features small-scaled happenings, installations, performances, live music, and public engagements spread across the city. The name Otjomuise stems from the Otjiherero name for the city, which means ‘place of steam’.

The name reflects not only the city’s unique environmental character but also its rich heritage and searing creativity to impact its inhabitants. Set to take place on an annual basis, the festival ultimately aims to contribute towards a city that enables dynamic and accessible live artistic forms for cohesion, collective reflections, and enlightenment. Thus, the public is invited to the launch of the festival on 06 November, 12H00 at the UN Plaza Park in Soweto, which will be officiated by the Windhoek city mayor, His Worship, Dr. Job Amupanda.