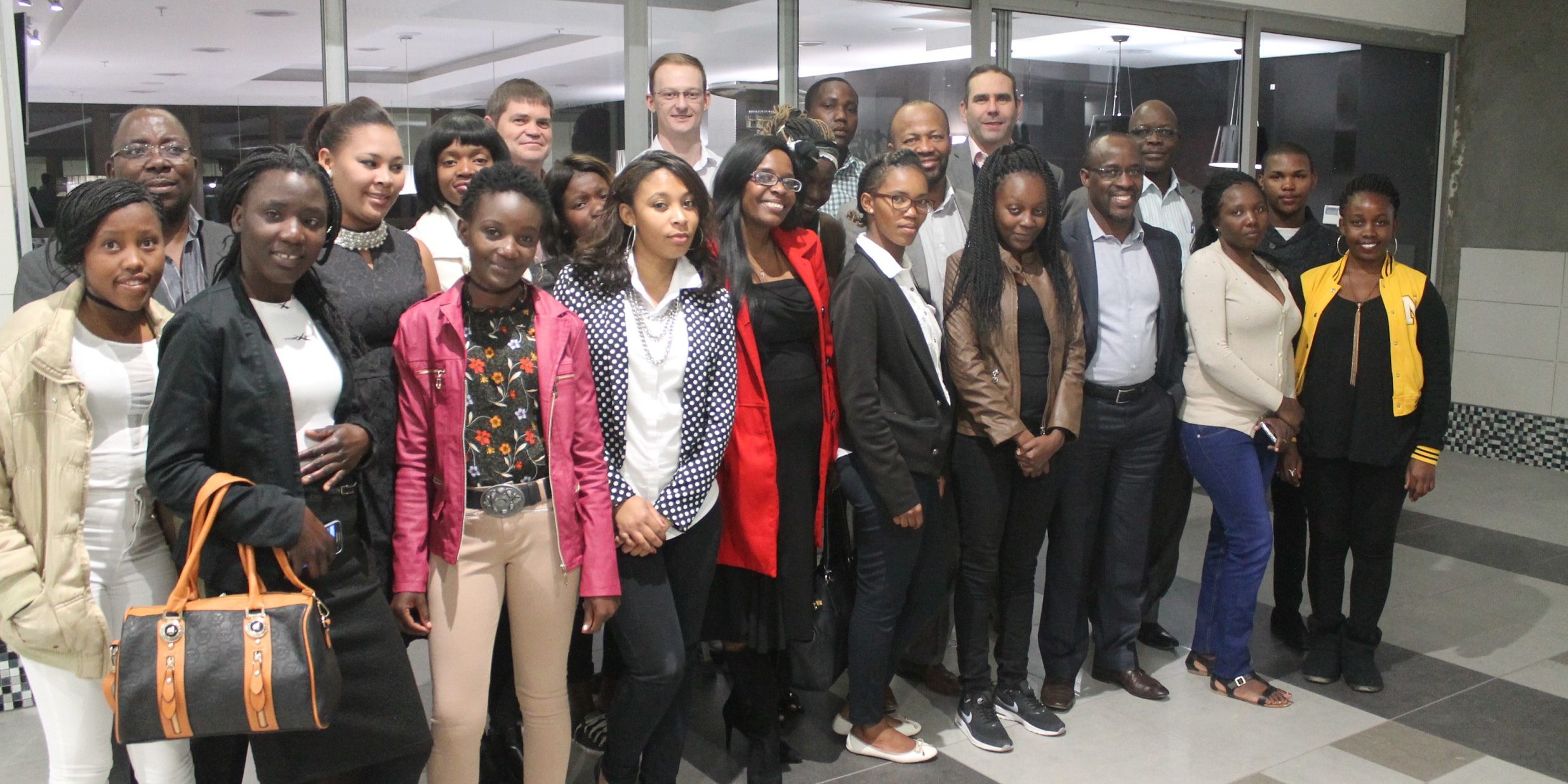 Having realised the importance of its role, the Bank has time and time again dug deep into its pockets to aid FAWENA meets objectives. In 2016 the Bank sponsored them with an astounding amount of N$988 400, and an equally impressive N$806 000 this year.

“Since its inception, this project has proved to be very fruitful as we have seen many of its recipients graduate from high school and thrive at institutions of higher learning. Standard Bank’s annual CSI budget goes towards education through close links with the Ministry of Education and FAWENA. We are especially proud of this because education is the right or every Namibian child and will allow for them to build a good quality of life which will foster equitable social and economic development,” Standard Bank’s Acting Head of Marketing, Sigrid Tjijorokisa said this week.

The recipients of this sponsorship were very grateful with many of them hailing the bank for its selfless contributions towards their futures. One such beneficiary was 19 year old David Hofeni doing his Grade 12 at Andimba Toivo Ya Toivo Secondary School in the Oshana region.

“I live with both my parents in a rural community without electricity. Although both my parents are unemployed, my mother tries to make a living by selling traditional drinks and a few other smaller things which is how my family gets by,” Hofeni said of his background.

Before he became a recipient of the FAWENA initiative, he was forced to go barefoot to school and was often launched at by his peers when he would wear torn shoes. However this was not a deterrent for Hofeni who always maintained his grades and was a star pupil.

“The Standard Bank scholarship made a big difference in my life as all my basic needs were covered by the scholarship. I don’t have to worry about how I smell because I could not afford toiletries and I don’t have to go to school barefoot anymore. I am very grateful to the Bank and FAWENA for giving me the opportunity to achieve my dreams,” he said.

His fellow recipient Rauna Negumbo was equally grateful for the financial aid from the organisation. The 16 year old Grade 11 learner at Eheke Senior Secondary School said she became a recipient when she was orphaned after her father’s passing.

“I live with my mother, grandmother and five siblings. We do not have a lot of income coming in as we all rely on my grandmother’s pension. My life has been a struggle because my mother has been unable to provide for my school needs, she is uneducated and has not been able to find a decent job,” she lamented.

Things however have been looking up for the teenager since she became of recipient of the FAWENA/Standard Bank initiative. She said she is now able to buy a school uniform, toiletries and the stationary she needs for school.

Negumbo said that she goes to school because she has realized that in order for her to change the situation in her home she needs to be educated. She further thanked the bank for saving her life by creating an opportunity for her to go to school.

The 15 year-old Liswaniso Sitali often had to endure his friends laughing at him because he didn’t have deodorant to smell as good as his friends did. It was disheartening but he kept to his books until caught the eye of FAWENA who made him a beneficiary of their initiative. He is a Grade 9 learner at Noordoewer Junior Secondary School.

“My mother passed away when I was young so I live with my father, step-mother and two siblings. My father’s salary is barely enough to for the whole family and so life is not easy for my siblings and I… The scholarship improved my life so much, now I don’t have to be ashamed of the way I smell in class and my friends laughing at me. I had a job where I earned N$30 per day, but even that was not enough,” he explained.

He added that because the scholarship he received alleviated his financial pressure, he has been able to focus on his academic performance and improve on it, as well as live a healthier and more fulfilled life.

Similarly, Dinahlee de Klerk and her family always had to stretch every penny they have because her mother is the breadwinner and does not make enough as a domestic worker.

“I had to walk a long distance to get to the school and during winter I would really suffer because it was really cold and I did not have a proper uniform to keep me warm. I was not able to concentrate in class and my performance started to drop,” the Grade 12 learner at Dr Lemmer High school explained.

Because of the difference the scholarship has made in her life, De Klerk said she was thankful that Standard Bank helped single mothers’ like hers give their children a better and brighter future.

Muhariambutu Hanganeni comes from the marginalized Himba tribe, as such; his life has been wrought with misfortune, most especially because he is a double orphan, losing both his parents at a young age.

“I have faced a lot of issues such as discrimination and a lack of financial support since the passing of my parents. I live with my aunt, two adult relatives and six other children. Before I receive the scholarship I was performing poorly in school, I was depressed and disoriented but that has changed. I have been a recipient of the scholarship for two years,” he explained.

He added that for the past two years since he became a recipient of the scholarship, he has been able to buy school uniforms, toiletries, stationary and transport fare for himself which eases the burden of things he has to worry about and allows him to study without stress. His depression is gone and is more focused on his education.

“I just want to thank Standard Bank for giving me the opportunity to become someone in life. Thank you so much you have made a difference in my life,” said Hanganeni.

FAWENA has been Standard Bank’s CSI project ever since 2009 with an initial commitment of over N$8-million. “Since then, we have reaped the rewards with school graduates doing exceptionally well at tertiary institutions. Every year almost half of our CSI budget goes towards education through close links with the Ministry of Education,” concluded Tjijorokisa.