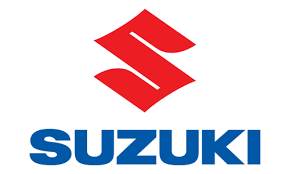 Auas Motors has welcomed Suzuki to its growing family. This was revealed in a media statement released by Nictus Holdings Limited.
Auas Motors obtained the right to act as an authorized Suzuki distributor in Namibia, in addition to its existing dominance over the Isuzu and Opel brands in the country.

Gerhard Vermeulen, Chief Executive Officer of Auas Motors said he was pleased to add the Suzuki franchise to the growing family, making Auas Motors a distributor of this exceptional brand.

Auas Motors has been in the motor industry since 1953, starting off as an American Motors Company. The company was acquired by the Nictus Group and has over the years become a brand synonymous with quality and value. At present Auas Motors has 6 dealerships in major towns throughout the country.

“This is a big responsibility for us and we will work hard to retain the trust of the Suzuki family. Vehicle sales shall commence at the existing Auas Motors premises by no later than 1 September 2020 to serve both existing and new clients better,” He added.

The Suzuki franchise will continue with all its operations from the existing premises in Swakopmund, with parts and service sales starting as from 1 August 2020 at the Auas Motors Windhoek branch on the corner of Voigts Street and David Hosea Meroro Road. The objective is to offer the Suzuki brand at all Auas Motors outlets nationwide in due course.

Auas Motors’ Chairman and Managing Director of its parent-company, Nictus Holdings Limited, Philippus Tromp, has described the addition to the Nictus family as a great opportunity for a Namibian-owned company. He is of the opinion that the Suzuki model range caters to a broad spectrum of customers in the Namibian market, taking into account the pricing, specifications and quality of the vehicles. He went so far as to say that it is a valued offering, that is difficult to compete within these challenging times.

Nictus Holdings Limited strives to create exceptional wealth for all its stakeholders and the addition of the Suzuki franchise will add thereto.