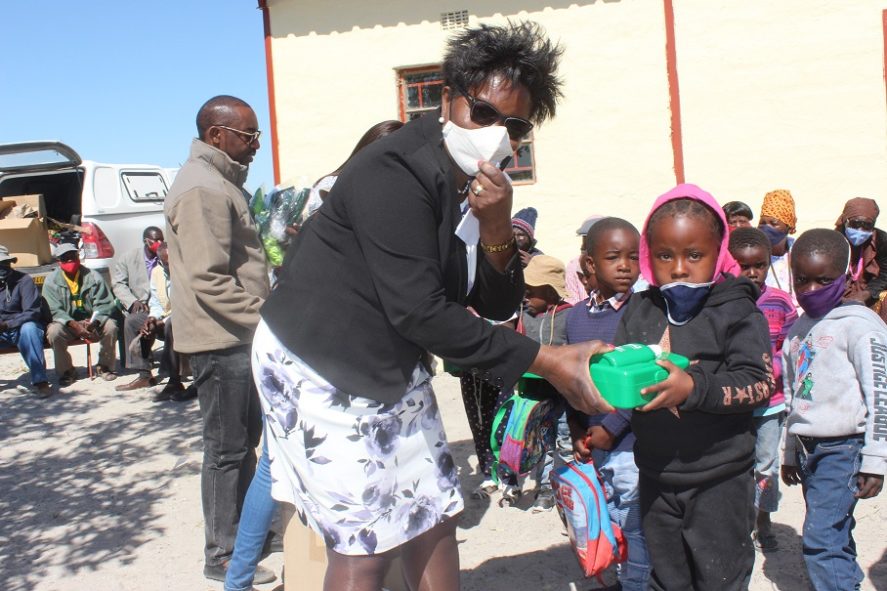 The NamPower Foundation on Tuesday handed over a school building which it constructed for Onakashimba Kindergarten at Onyome village in the Oshikoto Region.

Situated some 32 kilometres from Ondangwa, Onakashimba Kindergarten was established in 1990 but had no formal structure, meaning the children were taught out in the open.

Lucia Hiveluah, the head of the foundation which is the social investment arm of NamPower, officially inaugurated the building and handed it over to the kindergarten management in the presence of other NamPower officials and representatives of the Ministry of Gender Equality, Poverty Eradication and Social Welfare’s Early Childhood Development unit.

Hiveluah said the foundation invested more than N.dollars 91 000 in the construction of the building, along with other teaching aids.
“Early childhood education is the foundation of our education, hence our support to this kindergarten and many other similar education facilities in this region and the country at large,” she said.

Hiveluah noted that the NamPower Foundation has financed several kindergartens throughout the country since its inception in 2008, including in regions such as Hardap, //Kharas, Ohangwena, Oshikoto, and Zambezi.

“Our social investment has four focus areas of support namely education, community development, capacity building and health and social welfare,” Hiveluah explained in an interview with Nampa on the sidelines of the inauguration.

The kindergarten teacher, Mariana Davids told this news agency there are 25 children at the kindergarten this year. She commended the NamPower Foundation for the financial and material support, adding that such assistance keeps her school afloat.