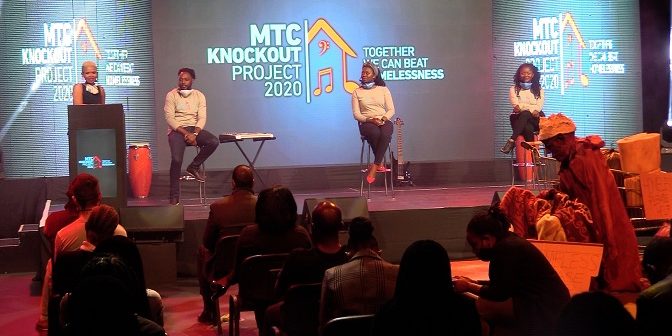 Mobile Telecommunications Limited (MTC) has launched the second edition of the MTC Knockout Project, with this edition targeting homelessness in Namibia.
Speaking at the launch on Tuesday, MTC’s Chief Human Capital and Corporate Affairs Officer, Tim Ekandjo said they intend to start a very serious fight against homelessness.
Last year’s Knockout Project was aimed at creating awareness around gender-based violence through a boxing exhibition where celebrities exchanged blows in a three-round bout.
With this year’s edition themed ‘Together we can beat homelessness’, Ekandjo said the project is a call to action with two main objectives – to raise awareness, create conversation and find solutions, and to raise funds so that those who are experts on the matter, can act.
“Namibians, we love talking. If words could translate to bricks, Namibia would look much better than Dubai. Let us rather act and do what needs to be done,” he said.
Ute Sinkala, a clinical psychologist said anyone can fall victim to homelessness. She said some of the contributing factors are becoming unemployed, violence, and mental illness.
Ekandjo explained that the project has challenged 30 Namibian personalities to get on stage at a live music concert and perform two hit songs.
“They will have at their disposal artists who own the two hit songs, a studio, a choreographer, a voice coach, a live band, professional dancers, a producer who will work with them for the next three months to get them ready for a performance of a lifetime, helping them to raise their voices and sing until we have a roof over the heads of the homeless,” he explained.
MTC wants to raise at least N.dollars 1 million and companies or individuals can participate by pledging N.dollars 50 000 to endorse the participation of the personalities.
“This massive, never-seen-before music concert is scheduled for 03 October 2020 at the National Theatre of Namibia,” Ekandjo said.
Members of the public can watch the show live online at a cost of N.dollars 50 or at the theatre for N.dollars 500.