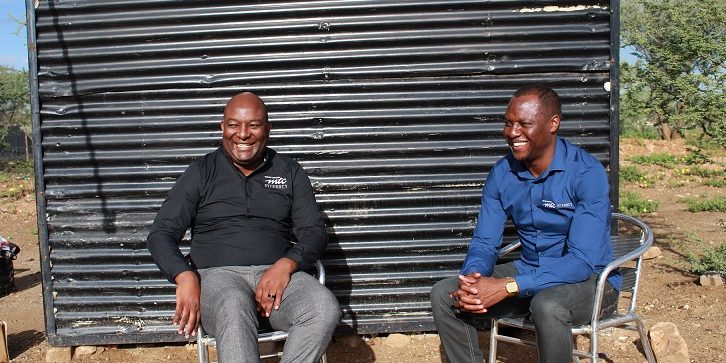 Namibia’s leading ICT digital enabler, MTC, has set its eyes on providing low-cost houses to the homeless and targets to hand over close to 270 houses in the next 2 years, said Tim Ekandjo, Chief Human Capital & Corporate Affairs Officer at MTC.

In 2018, MTC sponsored an amount of N$700,000 to the Shack Dwellers Federation through the Buy A Brick project to build 20 houses. To date 15 of the 20 houses have been completed and handed over to proud homeowners.  A total of 10 houses were handed over in Okongo, 5 in Helao Nafidi and 5 nearing completion in Mariental for handover in the next few months.

In 2019, MTC again made a joint donation in collaboration with Huawei to the tune of N$10 million to the same project. The amount is expected to see over 250 houses built, and this time all with internet connectivity courtesy of MTC.

The 250 houses will be spread amongst 9 regions namely Erongo, Otjozondjupa, Ohangwena, Kunene, Oshana, Zambezi, Kavango West, Omusati and Hardap. The following towns have been targeted: Omaruru, Swakopmund, Okahandja, Grootfontein, Okakarara, Kalfkeld, Eenhana, Opuwo, Oshakati, Ondangwa, Katima Mulilo, Bukalo, Rupara, Okahao, Onesi, and Aranos. Ekandjo said although these towns have been targeted, the building can only start depending on the availability of land by town Councils, Village Councils and Municipalities to the Shack Dwellers Federation.

It is estimated that there over 308 informal settlements in Namibia with a staggering 228,000 shacks accommodating about 995,000 people in urban areas. This means close to 40% of the Namibian population is now living in shacks in urban areas, predominantly in Windhoek.

“Given the high number of Namibians without housing, MTC has taken this project very seriously and we believe that our partnership with the Shack Dwellers Federation through the ‘Buy A Brick’ project is something that must become a success so that we restore the dignity of so many Namibians,” said Ekandjo.

“The model used by the Shack Dwellers Federation remains the most viable, to build a decent house for between N$30,000-N$40,000, but the authorities that own the land must bring their part by making land available so that the building of the houses can start with immediate effect. The longer we wait, the worse the housing problem becomes,” added Ekandjo.

The Shack Dwellers Federation is made up of 805 savings groups living in shacks in informal settlements and backyards and rented rooms, who have organized themselves. About 25,000 members, the majority who are women earning less than N$4000, are affiliated. These members work together to improve the living conditions for their families with the potential to impact more than 100,000 people directly.