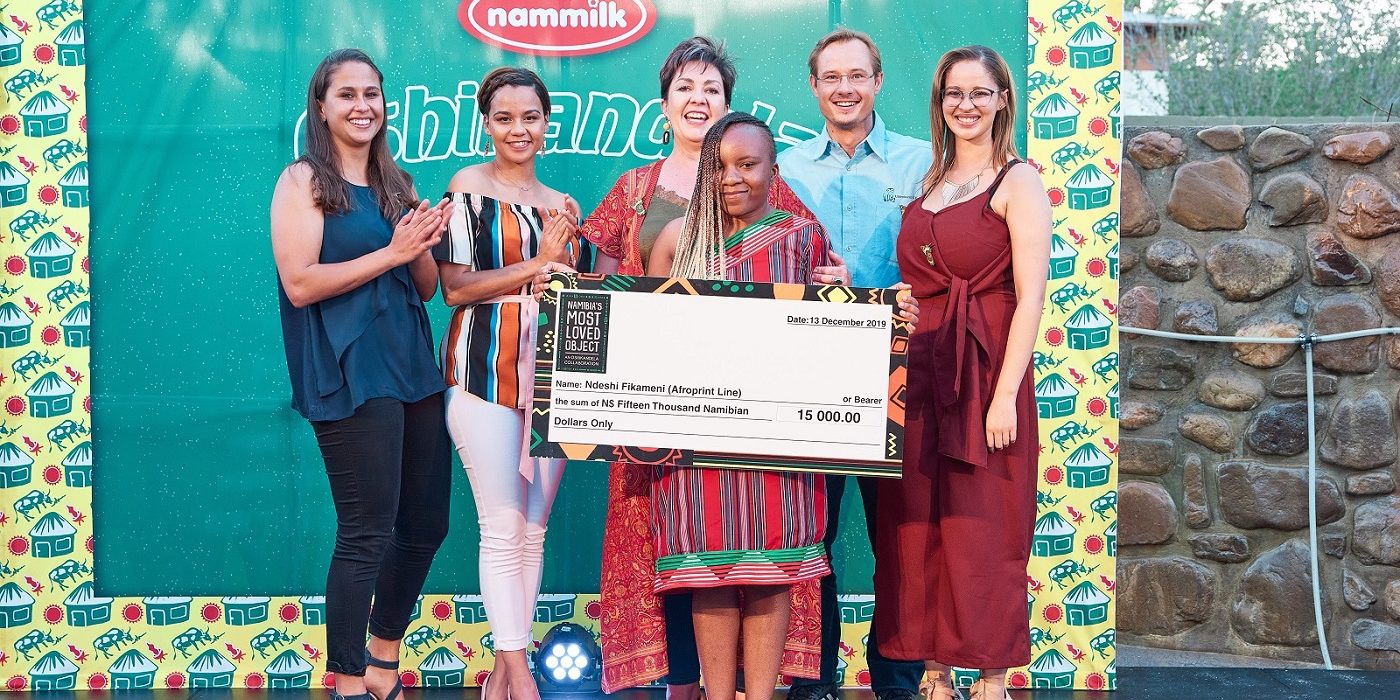 Namibian Designer, Ndeshi Fikameni from Afroprint Line was voted by the public as the overall winner of the first ever Oshikandela Namibia’s Most Loved Object campaign, for her creation of the Eco Fashion Shopping Bag. Four designers were selected to participate in the campaign that saw each of them provided with material that is representative of the Oshikandela flavors, from which they had to incorporate their designer skills, and create an object for the public to vote on. At the official launch of the new Oshikandela look-n-feel last Friday, the craft of the designers were appreciated  and celebrated on a catwalk after which the winner chosen by public votes, was announced. Ndeshi walked away with a N$15 000 cash prize from Oshikandela, which is a product of Namibia Dairies (ND) – a subsidiary of the Ohlthaver & List (O&L) Group. Her prize includes support and a collaboration with Oshikandela to ensure the success of her next big project. According to ND Marketing Manager, Leonie Prinsloo: “Considering the support Oshikandela has received from the Namibian public and consumer, it is only right that we create platforms such as the ‘Namibia’s Most Loved Object’ campaign, for our consumers to share in the legacy and pride of the Oshikandela and Namibia Dairies brand. Going forward we have dedicated ourselves to being a catalyst for positive change. We are also excited to create new realities, as well as fulfill dreams. And what an exciting way to kick off this new journey with something like this campaign, as well as the introduction of a fresh, new look of the Oshikandela brand!”