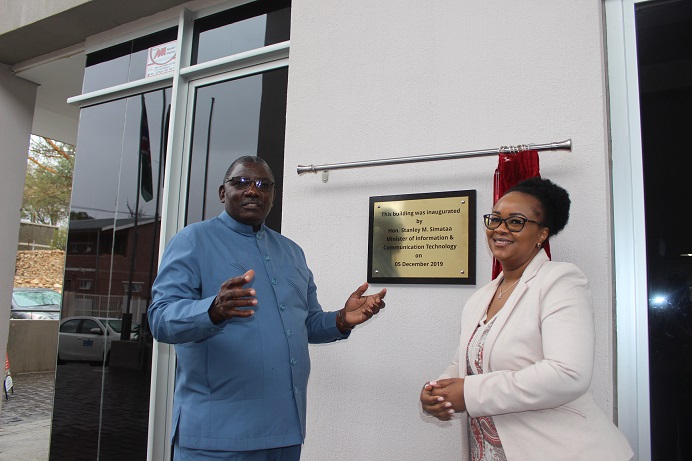 Namibian media should steer clear of the avalanche of disinformation that has become symptomatic of the social media domain, Minister of Information and Communication Technology, Stanley Simataa, has said.

Simataa made these remarks during the inauguration of the Namibia Press Agency (Nampa)’s new building here on Thursday.

The new building, worth N.dollars 40 million, comprises two wings, one for commercial lease with two floors and the other part for Nampa’s own occupation with three floors. The building has 69 parking bays in its basement area and a cafeteria.

Nampa is Namibia’s sole news agency established through an act of parliament, the Namibia Press Agency Act 3 of 1992, to collate, produce, and disseminate news to local, regional and international subscribers.

Addressing Nampa employees, the minister said the media has an obligation to provide news that is pure and devoid of personal insinuations or innuendos, adding that Nampa remains crucial in an era where there is a proliferation of such information on social media.

“It is during times like these that we, the consumers of news, yearn for adherence to objective and unbiased reporting, underpinned by ethical conduct. Therefore, Nampa should continue to be the leader on this front,” he said.

Simataa further emphasised that many newspapers, radio stations, and television channels in and outside Namibia rely on Nampa’s story content, which attests to the pivotal role of the news agency.

“I wish to commend Nampa journalists who continue to toil hard to provide accurate and credible stories, while many work as ghost writers and often do not get credit for the stories. Continue to produce news that is changing and helping to transform the lives and livelihoods of all our people for the better,” he noted.

Nampa currently has a varied scope of subscribers that utilise its services. These include seven local traditional newspapers, seven radio stations and three international subscribers.