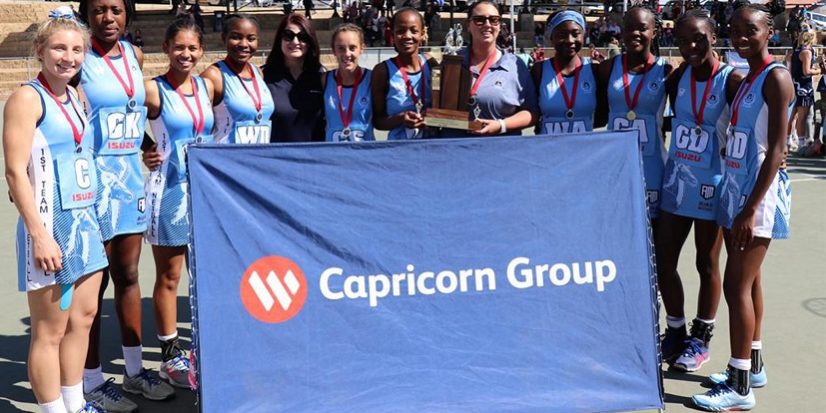 The Capricorn Group Schools Netball League concluded this weekend with Windhoek High School crowned national champions in the under 19 category. Windhoek Gymnasium walked away with national championship titles for the under 17, 15, 14, 13 and 12 categories at the tournament hosted by the NSSU at Windhoek Gymnasium Private School, after exhilarating performances from all the teams. The Capricorn Group Schools netball league carries the official endorsement of the Namibia Schools Sports Union (NSSU) and is regarded as the official national league for netball in Namibia.

A total of 17 schools entered for the league games which commenced on 24 May 2019 with matches played in various towns including Walvis Bay, Tsumeb, Otjiwarongo, Stampriet, Outjo and concluding in Windhoek with the National Finals.

Capricorn Group congratulates the NSSU and the organising committee on organising a successful Netball League. “We are proud to have made a positive contribution towards the development of netball in Namibia by offering a platform for netball players to compete for their schools and to develop their skills. Netball, and sport in general, gives the youth an opportunity to build character, learn about team work, commitment and hard work,” said Mrs Marlize Horn, Group Executive: Brand & Corporate Affairs from Capricorn Group“.