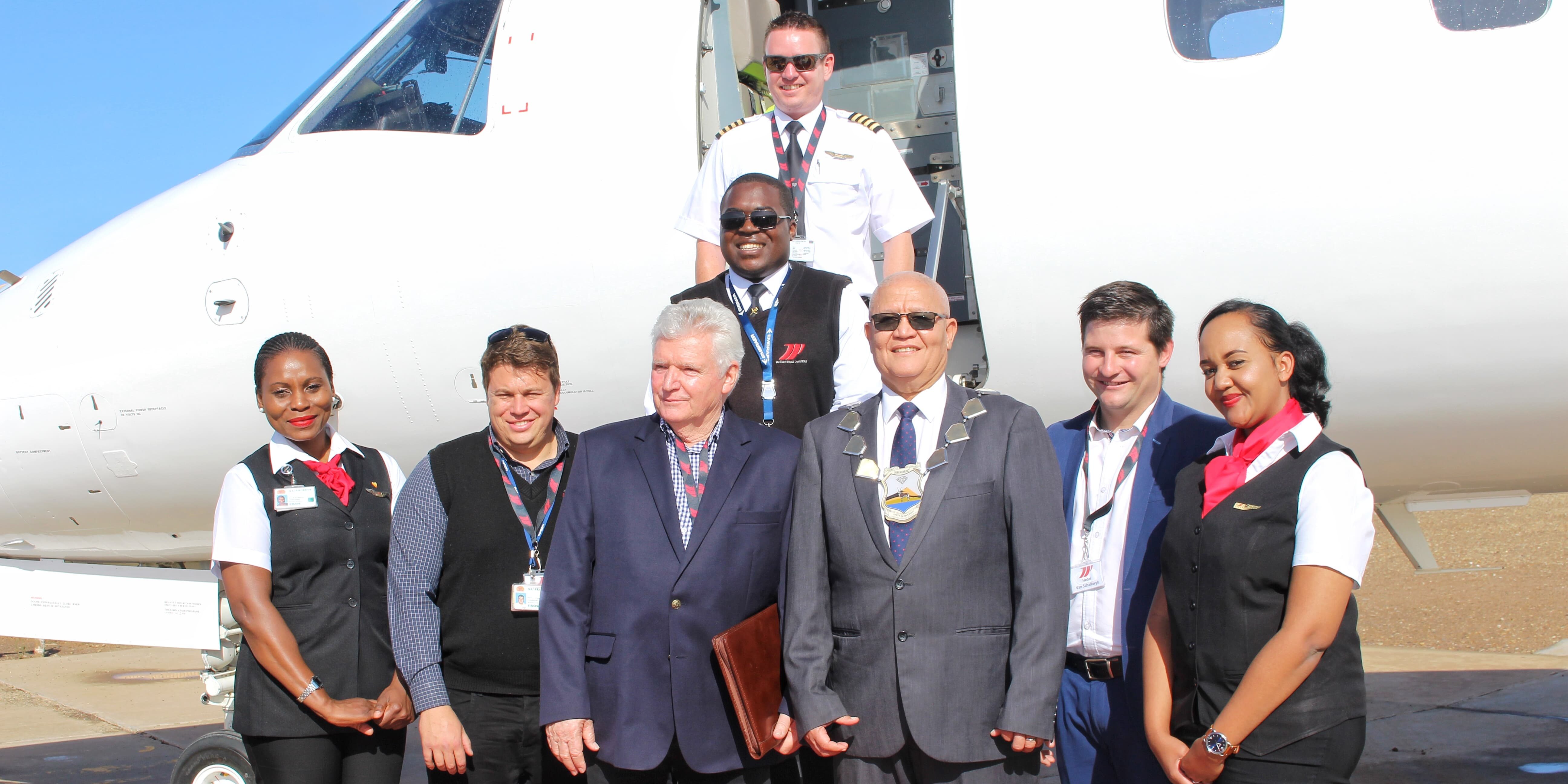 FlyWestair on Wednesday officially inaugurated its flights between Windhoek and Oranjemund which are scheduled to fly from the Eros and Oranjemund airports three times a week.
Speaking during the launch, Westair Aviation’s Board Chairperson Wolfgang Grellmann said the airline saw the potential for tourism and investment opportunities at the town since it opened to the public in 2017. The company also saw the need to reduce travelling time to the town.
The mining town was closed to the public for 81 years and people could only enter with security clearance.
Oranjemund Mayor Henry Coetzee said the flights would not only reduce travel time, but would also serve as a link to the rest of the country while promoting itself as a business hub and tourist destination.
“In these unfavourable economic conditions, it is evident that the world is being carried through by service industries and air transport is at the heart of this economic drive as it creates employment, facilitates trade and enables movement of people and goods in terms of tourism and supports sustainable development,” he said.
The aviation company plans to launch routes to Cape Town (via Oranjemund and Windhoek), Walvis Bay and Johannesburg, in addition to the Windhoek-Ondangwa route which was launched earlier this month.