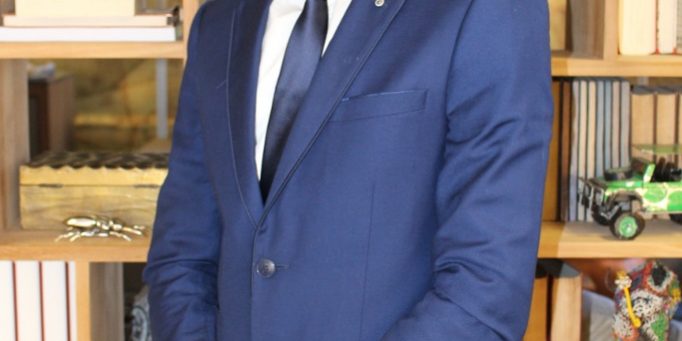 FNB Namibia has released the latest residential property index and Josephat Nambashu, Analyst at FNB Namibia advised that median property prices rose by 13.3% through March to bring the average price of property to N$1,085k. He elaborates: “The increase was mainly driven by the Coastal region, where prices accelerated 21.2% to a new record of N$1,214k. Central property prices increased 15.2% through the month to N$1,217k while Southern properties saw prices going up by 11.4% – their highest in a year. Though the Northern region hit record highs of N$725k, the annual pace of increase continues to slow down, now at 1.4% – the lowest in over seven years.”

Using the housing inflation figures within the consumer price index to deflate the FNB House Price Index into real terms, FNB Namibia saw March real house price inflation measuring 3.7% over the past 12 months, up from 2.5% in February. Housing inflation remains upwardly sticky due to the high cost of home ownership derived from the higher interest rates, rising utility and maintenance costs. The annual rate of house price growth changed from 12.2% in February to 13.3% in March. This has been driven by a combination of resilient buyer demand in most parts of the country which helped to propel the prices higher as well as dismal new housing supply. With housing demand continuously growing and new-build supply struggling to keep pace, excess demand continues to fuel house price inflation to dizzying heights.

Nambashu: “In the central region, prices continued to grow at 15.2% in March, despite volumes declining by 6.1% on average for the last 12 months. Analyzing Windhoek specifically, the median house price is currently N$1,318k which is 17.0% higher over the same period last year. High income suburbs in the capital have begun to pick up growth, after a general downward trend in recent months. In Kleine Kuppe prices have increased by 4.6%, while Auasblick and Olympia prices were up by 6.5% and 37.8% respectively. However, growth in low income areas such as Okuryangava, Khomasdal, Katutura and Rocky Crest remain strong.”

Looking at the coast, the index states that prices grew by 21.2% to reach N$1,214k as volumes declined by 22.7% annually. Swakopmund recorded the highest growth in prices (34.2%) setting the median price at N$1,420k. In Walvis Bay, prices grew by 19.4% setting the median price of a bonded house at N$1,184k. Over the past five years, property prices in the high-end of the coastal market have nearly tripled to N$5,143k. Growth, however, has started to pick up strongly in the middle to lower segment now at about 21% over the year to March 2017.

Northern towns continue to grow at an increasingly slower pace due to a consistent new housing delivery combined with household income pressures from the drought and government fiscal consolidation efforts. Accordingly, prices rose marginally by 1.4% to their record high of N$725k, while volumes increased by 17.9%. Katima Mulilo recorded the highest price growth of 45.9%, followed by Okahao 29.0% and Oshikuku 28.5%. Twelve (12) of the highest price movements are in the northern region, however, the massive price drops in Rundu and Oshakati have neutralized the overall price movement at the segment level. The decline in Rundu and Oshakati are potentially supply driven based on the volume increase in the two towns. Southern property prices increased by 11.4% to N$592k over the last 12 months, but this is a rather thin market and price movements should be treated with utmost caution.

“Notwithstanding the Coastal price increase of 21.2% and it being the seventh fastest rate of growth, with prices reaching a new all-time high, the central property prices have been the core determinants of the overall market. However, recent data shows a widening price gap between the National and Windhoek property markets. This suggests that other factors are starting to play an increasingly significant role in the national property price determination. We suspect this may be due to a much weaker price growth along with stronger volume growth in northern region property prices, rather than the increase in central property prices. Low numbers of sale transactions in some part of country, such as the Southern region, can also lead to volatility in the series, further widening the gap,” states Nambashu.

Nambashu concluded that by examining the FNB House Price Index by market segments, that saw the top end of the market prices increasing by 19.0%, while the middle to low income segment increased by 12.9% and 12.5% respectively. “This indicates surprising strong housing demand against a weak economic backdrop with widespread job losses. Given the credit tightening and bleak economic backdrop, the outlook for the housing market remains uncertain as the recent price developments are exposed to economic headwinds. For now, we expect seasonally adjusted demand to remain robust in the short term, pushing house price inflation higher to 14.4% level by year end. However, tight credit conditions along with disposable income pressures will reverse the trend through 2018 to 9.3%. Mass housing delivery could push price expectations lower than forecast.”