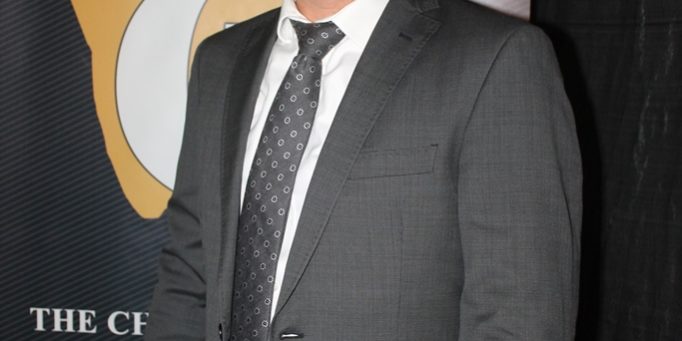 The mining sector contributes 12.5% to the country’s Gross Domestic Product and with an optimistic prediction of it increasing to 15.2% by the year 2022 according to the National Planning Commission it makes it a vital component towards Namibia’s socio-economic development.

Speaking to this effect, Johannesburg-based Andre Snyders, who is part of Standard Bank’s research team, recently addressed the mining fraternity during his visit to Namibia at the recent Mining Expo and Conference under the topic “Reaping the benefits of Mining Investments.”

“The years since 2005 have seen some spectacular investments in mining but also some equally noticeable reversal and write-downs. The mismatch between supply and demand is a co-ordination problem,” Snyders warned.

He explained that his aim was to provide a message of better understanding of market coordination and an appreciation that deliberation by communities is an essential foundation for the system of market pricing. Additionally, he also hoped to persuade people that the terms ‘risk’ and ‘uncertainty’ should actually have different meanings and should not be used synonymously.

“Firms have invested in exploration in mine development and in mining technology on a scale seldom seen in the past 50 years. Railway lines have been built and even new types of ships have been designed to carry raw materials; I have also learned more about the new SS Nujoma, an advanced diamond exploration and sampling vessel,” Snyders noted.

These investments, he pointed out, have been immense and not just in capital. He explained that governments and industries have aligned themselves to the new cycle of investment sometimes people literally move to a new mine or mining region. During the previous cycle, many countries and firms also invested in the idea that demand for commodities had reached a new, higher base.

Between 1996 and 2012 the local mining sector’s contribution to total exports grew by over 15 percentage points to over 53%, however due to lower mineral prices the contribution had, by 2014, fallen back to the same level as in 1996. Promisingly, Namibia is in much safer territory than Botswana, the DRC and Zambia, whose dependence on minerals remains profound, Snyders stressed.

“Some investments have succeeded spectacularly and some turned out to be foolish or speculative. It will take years for us to sort out which investments were real and were just spending, but we can already see many good assets,” he noted.

When FDI declines and the current account is under pressure, when the construction boom ends and food prices are rising, families and communities will have to assess the assets that were built up during the good times. These include financial assets (such as pensions), physical assets and the social assets (universities, schools, hospitals, etc.) that governments need to function, Snyders explained.

“This assessment is difficult. The process of national development involves many people (all of us), even multiple generations, and it happens over a long time while the world around us changes… Mining remains essential but the global economy has moved on from the model where fossil fuels powered the machine-based mass production of manufactured goods,” he said.

Snyders also pointed out that Namibia had done well on reaching many of the UN’s Millennium Developmental Goals, however he pointed out that while the country has done good work domestically it still remains vulnerable to the external economic environment and commodity prices in particular.

The traditional developmental model is for profits from mining and agriculture to be invested in three key areas (manufacturing, construction and utility supply of power and water) so that productivity and efficiency can be properly harnessed. When combined, the mature primary and secondary industries are an ideal base for a complex services sector that grows employment and improves competitiveness.

Snyders reiterated that the eventual goal is not just for supply to meet demand. What mining investment can stimulate is the real goal: communities that are prosperous and families that are healthy and educated, and ready to compete for future success.

In terms of risk and uncertainty, Snyders explained that there is both risk and uncertainty in any industry but in mining, especially mining in Southern Africa, there are very close links between national prosperity and the development of the broader mining industry. He added that in the run-up to the peak of the commodity cycle, many thought that the radical uncertainty could all be converted into manageable risk.

“Legislators and regulators seldom have time to respond to the complex risks we face before some new uncertainty arises…But instead of making longer lists of risks and uncertainty, I propose we return to an older understanding of those two terms. If we define risk as events that are subject to a known or knowable probability distribution, then we can see that uncertainty is what cannot be calculated… For uncertain events, it is not possible to specify any probability,” he explained, additionally noting that much trouble in recent years arose because there was a belief that all uncertainty could be treated as risk.

The mining sector, along with its partners in manufacturing and finance, Snyders said, offers four specific contributions to any economy namely: (1) long-term thinking and long-term contributions; (2) participation in global value chains and the deepening of finance; (3) advances in machinery and productivity; and lastly (4) industrialisation, specialisation and the division of labour.

“If the Namibian mining sector continues to offer these four (less-obvious) benefits while also contributing to both coordination and deliberation, then all Namibians can take the right kind of risk and also protect themselves and their businesses from the considerable uncertainty that we cannot yet imagine,” he concluded.