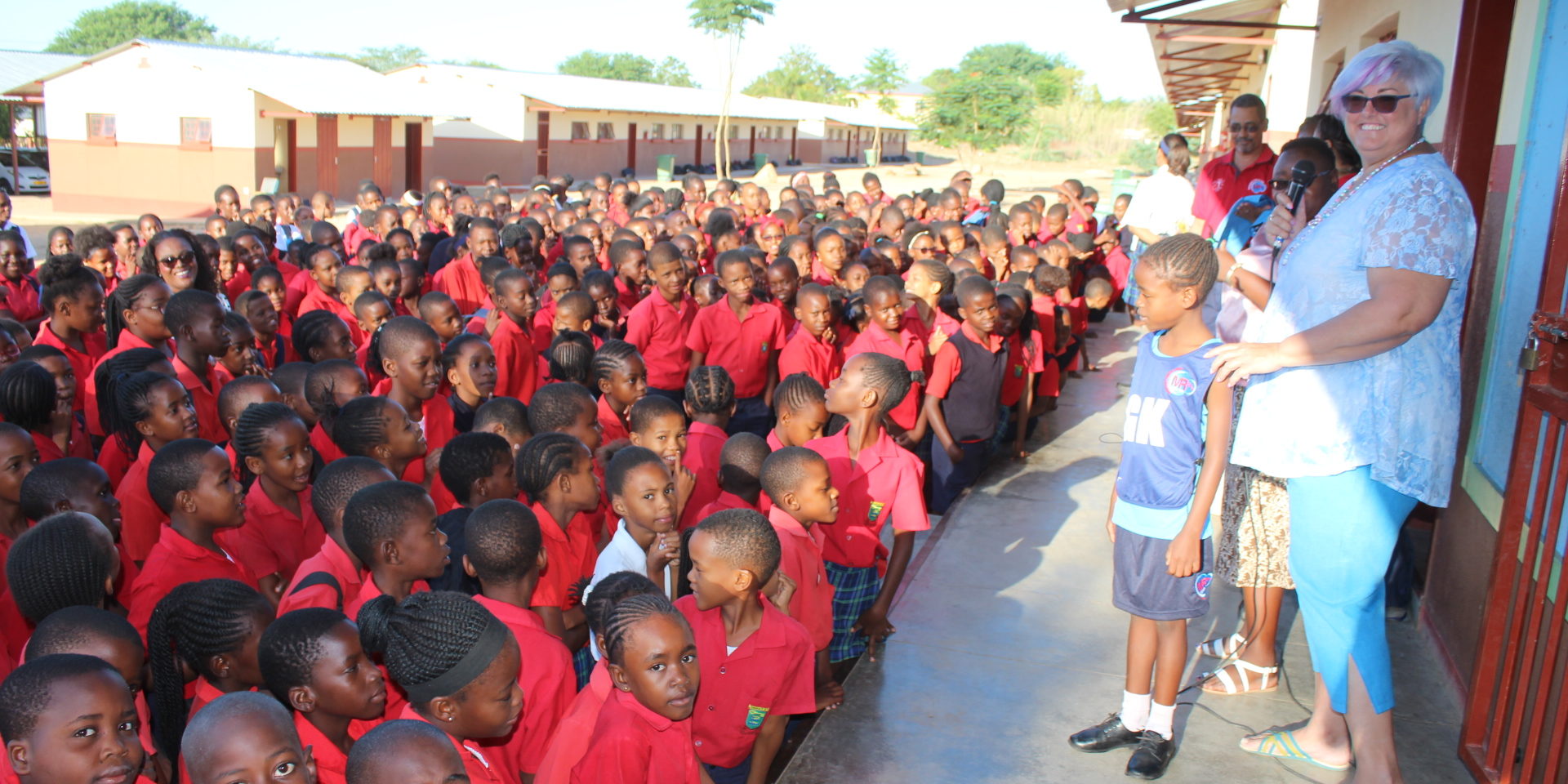 The Donatus Primary School (PS) under-9 netball team at Otjiwarongo on Monday received a full set of sports uniform from Medical Rescue (MR) 24/7 Ambulance Services as a donation.

Principal Hester Campbell received the 11 netball skirts, tops and bibs during the school assembly Monday morning in the presence of the learners and teachers.

Campbell said her netball teams have been participating in different regional and national netball tournaments without a sports uniform for nearly 10 years.

“But now that we have a new netball uniform, we expect our players to be proud of themselves and play with high confidence at the schools’

tournaments starting in June this year,” she said.

Coach Daphne Wohler thanked the company for responding to their written request submitted six months ago.

“We needed the uniform most for our school’s under-9 netball team, so that as coaches we can also easily identify them from other players at tournaments,” she said.

MR 24/7 paramedic Ernst Hearlen who delivered the netball gear to the school, told Nampa N.dollars 3 500 was spent to buy the uniform for the school.

“This year we want to assist many of our community members in different ways. This is just the beginning,” he said. Donatus PS has a total of 1 167 learners from pre-primary to Grade 7 with 37 teachers.