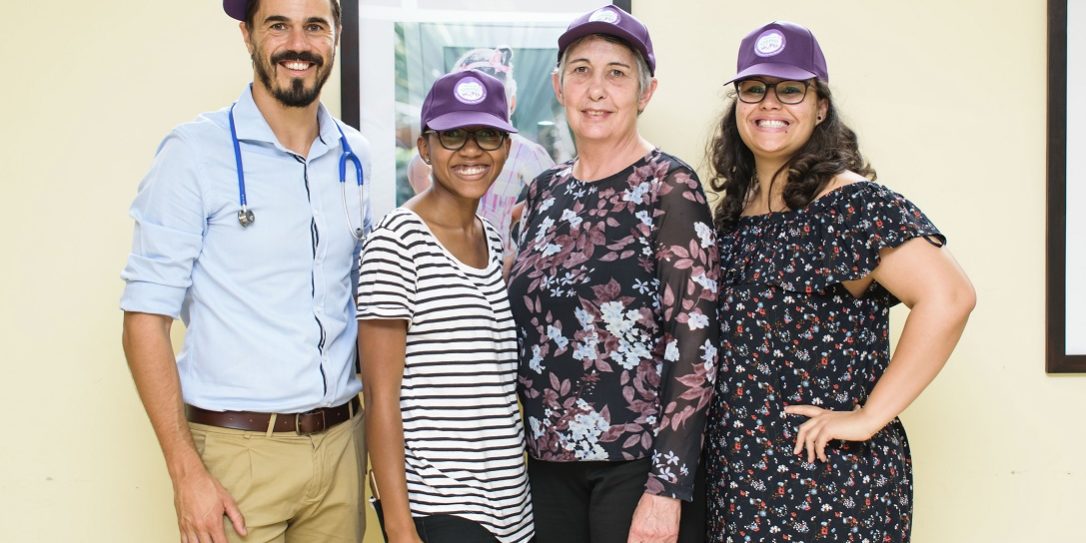 The project consists presently of 10 framed posters featuring children that were born premature in the hospital and have overcome their heroic struggle to thrive in daily life, as well as plaques reflecting the poster’s sponsor. Photographs were taken and sponsored by local photographers, Aneen Graupe Photography, Christian Stiebahl Photography and Melanie de la Hunt Photography and framed by Framtique.

De May acknowledged the amazing work done by the team of “superheroes” that fight for the lives of premature babies, living harrowing, stress-filled days, stabilising, screening daily for complications, and preventing and combatting infections, and the “ultra-heroes”, the parents. He added that during this time, staff form a bond with the parents and children, which ceases when the babies reach 1.8kg and are discharged. Dr Jona, in his speech, remarked how all the staff have a passion and love for the little ones and all want to give them a voice, to let them thrive. This passion and love is what gave rise to the idea of the Project in the neonatal team, which serves as a beacon of hope for parents facing the shock and challenge of the premature birth, and as energising motivation for staff.

“The birth of a child is a magical, heart-warming moment in which parents can welcome their new precious human being into the cosy nest of their family. For some parents, this moment is postponed by the fact that their baby has been born prematurely. Instead of holding their miracle in their arms, they often have to watch from the sidelines (of the incubator). Confused and scared, they watch their child being cared for by strangers.”- Dr de Mey. The heart wrenching shock and struggle faced by the parents, and the enormous faith required to hold on, became more evident as mothers gave their testimonies during the event, and sang a song of praise. Testimonies were given by Irene van Wyk, Lina Johannes, Beverly Kambatuku, Mara Bredenhann, Victoria Nepolo and Ikuaterua Mazeingo.  Gurschzon-Celento Tumelo van Wyk, now 19 years old, born at 500g, stood tall and proud as a survivor against all odds!