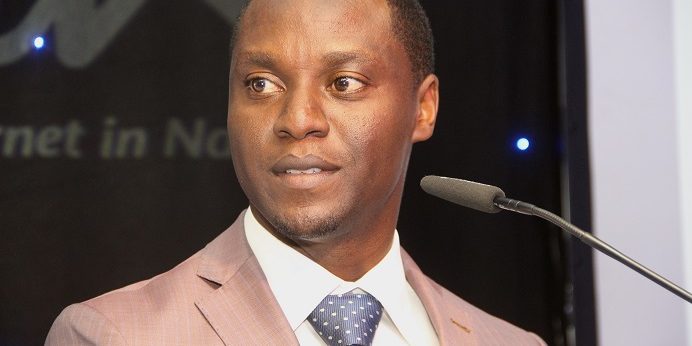 Mobile Telecommunications Limited (MTC) and Huawei smartphone giant made a donation of N. dollars 10 million to the Buy-a-Brick Initiative here on Monday.

Speaking at the event, MTC Chief Human and Corporate Affairs Officer, Tim Ekandjo expressed sadness over the harsh reality of housing that many Namibians are enduring.

“It is earnestly disheartening that after so many years of independence, we are still denying our people access to basic fundamental human rights by inflating and charging unreasonable exorbitant prices for houses,” he said.

Ekandjo noted that a house is not a privilege but a societal necessity amongst others for ensuring safety and security of people and that its provision thereof does not have to continue being a challenge.

“As corporate citizens with the nation’s social welfare at heart and a continuous vested interest to contribute to the country’s social development and transformation, we are delighted to be supporting this noble and worthy cause,” Ekandjo noted.

Receiving the donation on behalf of the Buy-a-Brick Initiative, Standard Bank Namibia Chief Executive Vetumbuavi Mungunda said since the establishment of the initiative in 2015 very few people could have predicted that it would evolve into the national initiative that is now making a significant difference in the lives of many ordinary Namibians.

“So far, together with our partners and the broader Namibian public, we have manged to raise over N. dollars 7.1 million that has been used to provide decent housing and restore dignity to more than 200 families who form part of the low- to no-income group,” he said.

Mungunda noted that through further funding, he is optimistic that they will meet the other objective of the Buy-a-Brick initiative, which is to facilitate research into alternative building materials and methods that would help reduce the costs of building as well as the speed and duration of construction.

“I believe that the time is now ripe for the next quantum leap not only in terms of searching for alternative building methods, but also for an enhanced collaborative approach amongst well-to-do Namibians for the sake of the no-income Namibians,” he stressed.