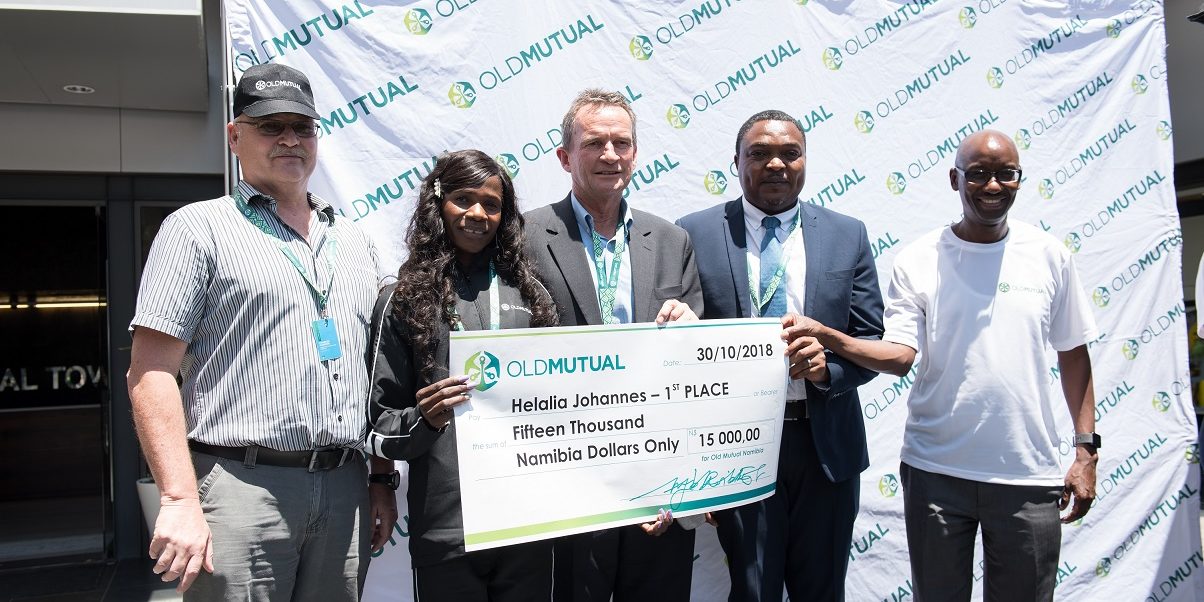 The Old Mutual Victory Race Series is an important event on the Namibian sport calendar dating back to the year 2000 when it started in Mariental. The contest was introduced to facilitate positive change in the form of physical and psychological benefits in communities in which Old Mutual does business.

What made this year’s annual prize giving ceremony very significant, is the fact that Old Mutual unveiled a plaque in recognition of excellent performance by the national sports champion and Commonwealth Gold Medallist winner, Helalia Johannes.

“Helalia started her running journey as a junior athlete with Old Mutual Victory Race Series 15 years ago. The resilience and dedication she resembled over the years is remarkable and a true inspiration on how to dismantle obstacles on the way”, said Ndangi Katoma, Executive: Marketing, Transformation and Customer Strategy of Old Mutual.

“Today therefore marks a significant milestone as we celebrate the great achievements of one such an exceptional and disciplined marathon runner who has made the Old Mutual Victory Race Series her training ground since 2003”, added Katoma as he cited her performance record (indicated below).

At the same event, Old Mutual recognised the junior category winners who have been awarded the sport bursaries to the value of N$12 000 each, for their overall performance in the 21km Race Series in 2018. They are Angala Tuuli (01: 32: 39.87) (Female) and Lisias Theofilus (01: 11:36.63) (Male). These bursaries will go towards their educational and sporting development over the next 12 months.

The overall 21km Race Series winners for 2018 were also recognised. They are, Helalia Johannes with 1:14:35.06 and Thomas Reinhold with 1: 8:30.91.  The two Series winners received a sponsorship to the Old Mutual Two Oceans Marathon (OMTOM) in Cape Town, South Africa on 20 April 2019 with a Prize money to the value of N$ 15 000 including travel, accommodation and entry fees costs to (OMTOM).

Mr. Erwin Naimhwaka, President of Athletics Namibia expressed his optimism for the future of athletics in Namibia stating that the Old Mutual Victory Race Series forms the backbone of the athletics calendar and fixtures , offering attractive incentives to local athletes.  “I am happy that Old Mutual does not see any performance of our athletes as failures and that they hold a long term view to build Namibian stars. It is only through certainty, in terms of competitions and support that we as a country are able to produce stars like Helalia Johannes”, he added.

The Victory Race Series have attracted well-known Namibian athletes over the past 18 years such as the likes of Luketz Swartbooi, Raynold Ita, Willem Rooi, Elizabeth Mongundhi, to mention just a few, whilst old-timers such as Simon Paulus, Rodengudus Gustaf and Johannes Skrywer were early beneficiaries of the sport bursary scheme.

Whether they entered as leisure runners or to qualify for renowned endurance races such as the popular Old Mutual Two Ocean’s Marathon, the objective is to create an equal platform for a diverse group of competitors and we have witnessed individuals being championed to become their exceptional best, through the biggest Race Series in Namibia.