Saints remained top of the log in the Bank Windhoek National Field Hockey Premier League after only one match was played in the men’s league this past weekend in Windhoek.

As it stands, Saints are still four points clear of Windhoek Old Boys (WOBSC) in the Men’s Premier League. In the Women’s Division, Saints sit at the summit of the log followed by Angels who have played more games than the latter. With only a handful of games remaining, the two Saints teams look set to secure more trophies this season.

Due to international commitments from players in this division, only a single game took place were Deutscher Turn und Sportverein (DTS) faced BDO Wanderers on Friday evening. BDO Wanderers showed their opponents that they are no pushover and defeated them 2:0.

BDO Wanderers were the busy team in this division as their played three consecutive games over the weekend. They first played DTS and won 2:0. However, Windhoek Old Boys (WOBSC) came and beat them 3:1. The last fixture of the weekend saw BDO Wanderers and Saints Angels battle it out for bragging rights. Nevertheless, none of the teams stood up to the occasion as they had to share a 2-all final score line.

Below are the latest log tables for both the Men’s and Women’s Premier Leagues:

The next round of fixtures will take place this coming weekend at the Windhoek High School’s hockey fields in Windhoek. 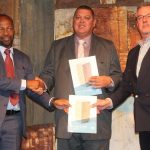 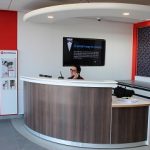 In its drive to continue supporting government initiatives, as well as the Growth At the Home policy, Ohorongo Cement partnered with a local entrepreneur, Carbo […]

Good financial habits should be cultivated from an early age and these days, many children with savings accounts have the general understanding that they have […]