Capricorn Group launched its 2018 Integrated Annual Report on Wednesday, 10 October 2018, the third group integrated report that adheres to the International Integrated Reporting Council’s IR Framework. It is also the second consecutive report that includes the group’s subsidiaries in Botswana and Zambia. Although aimed primarily at providers of financial capital, it also takes a holistic and stakeholder-orientated view of the social, environmental and governance aspects that are related to the group’s activities and performance during the financial year which ended on 30 June 2018.

The report, which transparently and informatively sets out how the Group creates sustainable value for all its stakeholders, was well received by analysts and media practitioners in the morning session, and shareholders and strategic partners in the afternoon session. The cover-page boasts a striking visual of quiver trees against the backdrop of a starry night, capturing their mesmerising beauty and inspiring admiration. These unique trees use the soft fibre of their trunks to store water while sealing off their branches to save moisture loss during severe drought. Chosen with care, this symbolises the dedication of Capricorn Group to successfully navigate the challenging market landscape despite difficult economic conditions.

Capricorn Group and its subsidiaries are committed to principles of sound corporate governance, which are characterised by discipline, transparency, independence, accountability, fairness and social responsibility. This commitment fuels the group’s drive to constantly mirror its reporting standards against the IR Framework, which is regarded as best practice in transparent communication with shareholders and other stakeholders. In this light, Capricorn Group can proudly announce its adherence to NamCode, Namibian Companies Act, 28 of 2004, NSX Listing Requirements, International Financial Reporting Standards, Namibia Banking Institutions Act, 2 of 1998, Botswana Banking Act, 2 of 1995 and the Zambia Banking and Financial Services Act, 7 of 2017. The Group is further guided in its reporting by Namibia’s Harambe Prosperity Plan and the National Development Plan (NDP5) amongst others.

A highlight featured in the report is Capricorn Group’s 5th year listing on the Namibian Stock Exchange, the most successful listing on the NSX to date. The listing in 2013 was marked by the issuing of Bank Windhoek Holdings (now Capricorn Group) ordinary shares, providing all stakeholders, including previously disadvantaged Namibians, employees, customers and members of the Namibian public, an opportunity to acquire BWH shares and participate in the ownership of the group. Five years later, the Group’s books remain healthy considering the current economic environment. Having scooped the Regional Company Award at the Annual Integrated Reporting Awards of 2017, hosted by Chartered Secretaries Southern Africa in partnership with the JSE Limited, Capricorn Group will strive to present only the best. This substantial track record proves indeed that Capricorn Group lives up to its vision and purpose of being a connector of positive change. 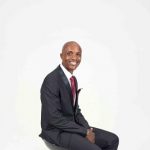 Namibian musicians have hailed the late Hugh Masekela as a musical genius of all time.

The South African jazz trumpeter, composer and singer died Tuesday at the age 78 after a long battle with prostate cancer in a Johannesburg hospital […]

Capricorn Group advocates future forward-thinking, which is essential in the ever-changing, disruptive economic environment that the world face today. The Group hosted a tech talk […]

There will be zero deaths in Namibia that can be attributed to the lack of food. This is the projected goal and outcome of the […]

It is “Movember” and the Cancer Association of Namibia communicates on the most prevalent forms of cancer affecting Namibian men. The “Movember Movement” is a […]