The potential of utilising encroacher bush for animal feed has significant benefits for Namibia, especially during the dry season, or times of drought. Progress Kashandula, General Manager of the De-bushing Advisory Service (DAS) remarked at the opening of the training workshop on the potential of bush-based animal feed held at Farm Langbeen Ranch in Dordabis on the 20th of September 2018. Bush based animal feed is one of the low hanging fruits for Namibia especially in filling up the gap in utilising bush parts. We get an opportunity to contribute towards solving bush encroachment and foresee a very big opportunity for our farming community and land users to take advantage of this value chain.”

The training served as a follow up to the research that was conducted from April 2016 to July 2017 by partners including the Ministry of Agriculture, Water and Forestry/ Deutsche Gesellschaft für Internationale Zusammenarbeit (MAWF/GIZ) Support to De-bushing Project (now called Bush Control and Biomass Utilisation Project) and the UNDP Sustainable Management of Namibia’s Forested Land (NAFOLA). The partners conducted intensive trials on encroacher bush-based animal feed production in Namibia. The results of these trials demonstrate a great potential for this value chain to contribute towards addressing bush encroachment when used in combination with other value chains.

The training workshop was facilitated and organised by The Debushing Advisory Service (DAS) and conducted by Dagmar Honsbein, Research Coordinator on behalf of the MAWF/GIZ Bush Control and Biomass Utilisation (BCBU) Project. The training took place at Farm Langbeen Ranch, owned by Anton Dresselhaus, a commercial farmer who produces bush-based animal feed at a large scale. The training workshop targeted communal and commercial farmers who wish to learn more about the value of bush-based animal feed. A diverse group of 23 farmers from different Regions of Namibia including: Erongo, Oshana,
Omaheke, Khomas, Ohangwena, Otjozondjupa, and Kavango East region participated in the training.

The full day training comprised two parts. Firstly, Farmers were exposed to practical application of key principles of bush to animal feed production namely bush identification, harvesting techniques, processing bush material, mixing with supplements, palletizing for longer storage and practical feeding showcase. Secondly, a series of presentations providing the theoretical foundation of the approaches to explain the principles of bush to animal feed and costing. while solving farming challenges, such as dry seasons, drought, and limited cash-flow. “The idea is to enable farmers to cope with stressful farming situations, by utilising on farm-resources,” stated Dagmar Honsbein.

The hands-on training also included group discussions, to reinforce their knowledge on the process of animal feed production. These sessions allowed the farmers to share experiences and tips on how to efficiently make animal feed on their farms. Dagmar Honsbein advised, especially the small-scale farmers, that making feed does not need to be a very costly process with complex equipment; all that a farmer needs is the willingness and ability to do it. The ability was brought about during the training day. She motivated the participants, “You don’t need a million dollars or machines to do bush-to-animal feed. After today, all you need is the bush and your willingness to get through challenging times, and mostly, your animals, through the drought”.

Moreover, she emphasized on smaller parts of the bush especially when they are still holding fresh leaves t be used for making animal feed. The rest can be used for fire wood and charcoal, for example. Additionally, farmers were cautioned not to wait for a drought to produce animal feed but rather engage in pre-emptive feed production when bush carry foliage (from around October to March) to avoid the pressures that come with a drought.

For some farmers, the training served as a learning and an eye-opener to experience firsthand the opportunities that are found in their heavily bush-encroached farms. “The training came at the right time when we are having the problem of bush encroachment connected with drought. This training was a wake-up call on how able we already are to add value to the bush that is encroaching our farms and counter the challenges of drought”, one farmer expressed.

Similar trainings are on offer in the future through the De-bushing Advisory Service (DAS). “We foresee trainings of this nature as an opportunity for farmers to invest into diversifying their income sources and sustainably contributing to tackling bush encroachment to ensure a more productive use of their land, especially in times of drought”, Progress Kashandula stated.

The training workshop was sponsored by the De-bushing Advisory Service (DAS) through the MAWF/GIZ Bush Control and Biomass Utilisation (BCBU) Project. 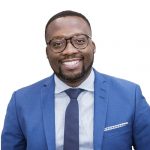 Given the looming income tax deadline at the end of June, Standard Bank decided to assist private banking clients to complete their income tax returns […]

The adverse state of the economy has posed a challenge for the Namibian Standards Institution (NSI) in meeting its mandate.

This was said by its Chief Executive Officer, Chie Wasserfall at NSI’s 5th Annual National Quality Awards ceremony held here on Thursday. She explained that […]

Forty-seven year-old Namibian radiographer, Renathe Gawanas, from Katutura, Windhoek, is one of the first female entrepreneurs to establish her own X-ray services centre. Fifteen years […]